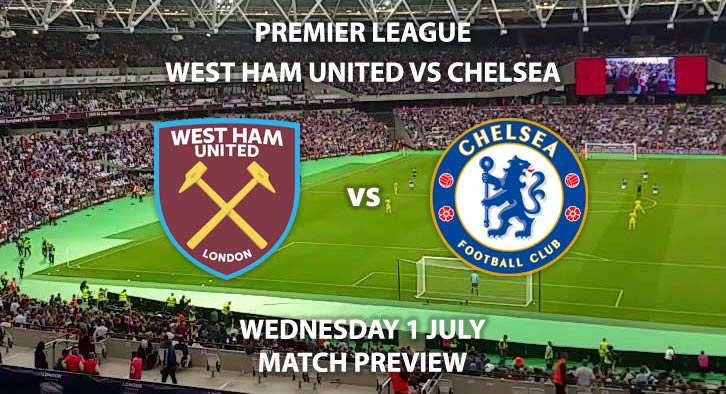 The Hammers have just two wins in 2020 as they have the worst record in the whole division over the last ten matches. They have failed to score since the restart. Meanwhile, Chelsea are on fire with six straight victories in all competitions with their most recent wins over Leicester in the FA Cup and Manchester City in the league.

West Ham United are huge underdogs for this match despite having home advantage as they are priced at 17/4 to win the tie by SkyBet. David Moyes’ side find themselves in deep trouble as they fight to keep their topflight status. There are a number of teams in the same position and whilst West Ham have the quality to dig themselves out of the mess, they are unlikely to claim any points this Wednesday.

In attack, they will hope Sebastian Haller can find inspiration from somewhere as he is priced at 13/5 to score anytime.

Chelsea are favourites for this match-up and are priced at 4/7 to claim three more points in their bid for top four. Frank Lampard’s side have been mightily impressive in recent weeks as they have reached fourth in the league table with seven matches to go. Whilst they have not blown teams away on the score line, they have tightened up their defence which has allowed their attack to prosper.

Going forward, Christian Pulisic has impressed since returning from injury and is priced at 6/4 to score anytime.

Last time these two met, West Ham pulled off a shock 1-0 victory thanks to a second half goal from left-back Aaron Cresswell. A second goal for the Hammers was disallowed due to a VAR check as 30 booking points were brandished at Stamford Bridge. This time around, SkyBet are offering 11/8 for 50+ booking points.

– The visitors should be in complete control of this match and should cruise to three more points.