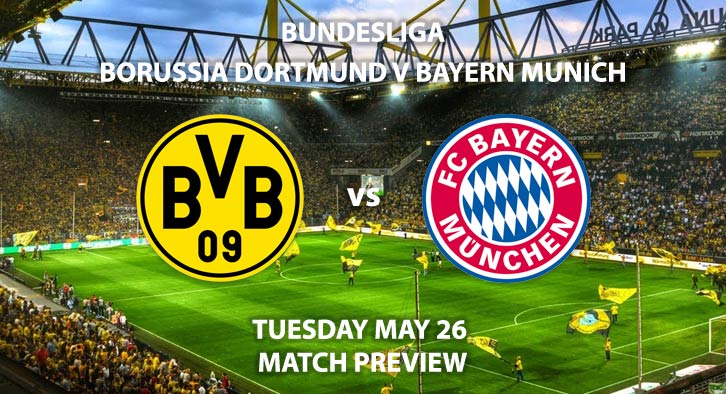 Der Klassiker is upon us as Borussia Dortmund host Bayern Munich in the Bundesliga this Tuesday night.

The result of this will have a huge effort on the title race in the league as the two best teams battle it out at the Signal Iduna Park. Dortmund have hit the ground running since the league’s return from coronavirus with two wins and no goals conceded and Bayern have also been on fire since their return to the football pitch.

Borussia Dortmund are priced at 13/5 to win the match by SkyBet and close the gap on their opponents and league leaders. Dortmund have been high flying since their return to action with a 2-0 and 4-0 victory over Wolfsburg and Schalke. This match is of the upmost importance to them, with anything but a win causing a huge blow to their title hopes.

In attack, Erling Braut Haaland has been in inspired form with 10 goals this season despite joining in January. He is priced at 23/20 to score anytime.

Bayern Munich are priced at 4/5 to win the match and put one hand on the Bundesliga trophy against their fiercest rival. Bayern face their toughest remaining test in the league this season with Dortmund their main threat in the title race. They have been their usual well-oiled machine with easy wins over Union Berlin and Frankfurt.

Robert Lewandowski is like a fine wine, getting better with age with his 27 league goals this season. He is priced at 13/5 to score first.

Last time these two met, Munich were rampant in a 4-0 victory and 30 booking points were brandished at the Allianz Arena. With so much on the line, a blockbuster is expected and SkyBet are offering 6/4 for 50+ booking points in the match.

– How can you call this match? Both scoring in buckets and looking fantastic, they could cancel each other out.