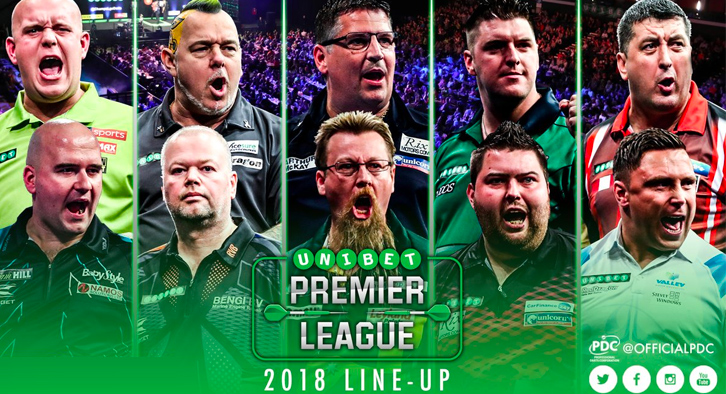 The 2018 PDC World Cup of Darts is returning for the eighth time in its history. The Dutch darting dynasty of Raymond van Barneveld and Michael van Gerwen looking to defend their title; after defeating the surprise package of the tournament, Wales, 3-1 in the 2017 final.

The tournament is a straight knockout structure, with no groups involved. Of the 32 competing nations, the top eight have been seeded and will not take part in the first round. Those seeded nations will then join in the second round and normal knockout rules will apply from there.

SkyBet are offering plenty of betting markets from now through to the final dart of the tournament, with some tempting price boosts to wet your palate.

The defending champions are favourites to repeat their triumphs of last year and understandably so. Their talisman, van Gerwen, is entering the tournament off the back-end of a routine Premier League victory and is showing no signs of slowing down. Raymond van Barneveld’s ruthless checkout nature is slowly deteriating however has still proven on many occasions he is a tricky customer for any opponent.

Expect 180’s, high checkouts and liquid darts from these two.

The patriotic pairing of Gary Anderson and Peter Wright have faired rather differently in their recent Premier League campaigns. Anderson reached finals night whereas his whacky haired companion scrapped through judgement night by the skin of his teeth. Wright must improve if they are to lift the World Cup.

Anderson ended the Premier League season with a three-dart average of 99.11, 57 180’s and three of the competitions top 5 three-dart averages this season. Although Wright’s average was of an acceptable standard (96.17), his uncharacteristically low 180 count (31) and subpar checkout rate (39.78%) made it a season to forget.

Anderson could be carrying Wright through this.

England’s best chance of lifting a World Cup this summer falls in the hands of Rob Cross and Dave Chisnall.

You always have a chance with a World Champion in your corner however the decision to choose Dave Chisnall has turned a few heads after his time on the side-lines after not being chosen for the 2018 Premier League.

Cross enjoyed a fruitful first spell in the Premier League, reaching the semi-finals. He achieved a three-dart average of 97.33 and showed what he’s all about with 54 180’s. Chisnall has continued his rounds on the PDC circuit during 2018 but is yet to impress. His most noticeable mark of recent is reaching the quarter-finals of the Dutch Darts Grand Prix. Expect 180’s from Chisnall, but don’t expect much on the checkouts.

Two power scorers, the ‘make or break’ element for these two will come with the checkout.

Wales have a slightly different looking line-up to the one that reached the final last year. Gerwyn Price will be hoping to turn his fortunes around after a disastrous Premier League campaign. He teams up with Jonny Clayton, who replaces former BDO World Champion Mark Webster.

Price managed less than 90 in the Premier League on his three-dart average and only 11 180’s. Clayton is yet to prove himself on the big stage with only 2 non-televised PDC titles to his name.

Do not expect anything spectacular from these.

The reliable pairing of Simon Whitlock and Kyle Anderson represent the Aussies yet again. Anderson is still a developing player on the PDC circuit but is showing improvements every time, he plays in a televised event. His most recent efforts saw him reach the quarter finals of the Dutch Grand Prix.

He will be relying on Whitlock to do a lot of the grafting, a role he has proven he is capable of in recent months. Whitlock managed 43 180’s in the Premier League, expect a few more from him.

One of the tournaments dark horses. Very capable of reaching the 2018 PDC World Cup final.

Mensur Suljovic is proving to be one of the worlds best darts players, as he proved with his three-dart average of 99.06 over his Premier League campaign. He teams up with Zoran Lerchbacher, who is ranked 55th in the world.

Suljovic is a real threat but could be held back by the ineffective tournament player that Lerchbacher is.

Down with the Ronny Huybrechts and in with Dimitri Van den Bergh. The PDC World Youth Champion is rising up the ranks and is becoming a hot prospect in the darting world. He only lost out to Austrian, Mensur Suljovic, a few days ago in the German Masters final.

Kim Huybrechts has only reached one semi-final in recent months at the Dutch Masters, other than that he is yet to reboot his system to bring back the Huybrechts of the past.

A fantastic price at 40/1 for Daryl Gurney and Brendan Dolan. Gurney has proven, despite his at times ill mannered presence, that he deserves a place in on the Premier League stage. He hit a gobsmacking 67 180’s this season and had a three-dart average of 96.77. His checkout’s need improving however if he leads his country to glory.

He teams up with Brendan Dolan, a player who needs a confidence boost. Playing alongside Gurney could do exactly that.

A great longshot bet to reach the final at 16/1 (SKYBET).

All odds provided by BET365 unless specified otherwise.