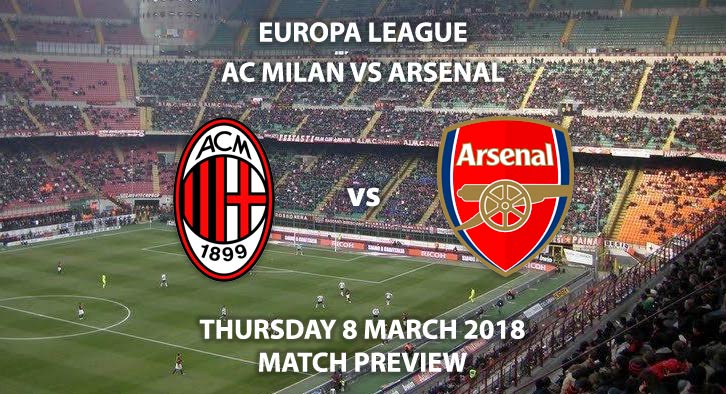 AC Milan vs Arsenal – Two fallen European giants clash in the last 16 of the Europa League as Arsenal travel to Milan to end the crisis.

It has been a woeful 2018 for Arsene Wenger and his team. No English side has lost more games since the turn of the year. The misery has been particularly compiled in the last week and a half, losing the EFL Cup final and a home league match both 3-0 to Manchester City before a miserable 2-1 defeat at Brighton on Sunday.

Arsenal are now 13 points adrfit from the Champions League places. 13. To put that into context, they are only 18 away from the relegation zone. The only possible way they can get back into Europe’s elite competition next season is by winning this one.

AC Milan will provide stern competition in doing so. Perhaps less than in years gone by, but a monster £200m+ spending spree in the summer sought to change that.

Milan have struggled throughout the season, but since Genaro Gattuso has been at the helm results have dramatically improved. The Rossoneri are unbeaten in 13 games, winning the last six without conceding a single goal.

They have even booked their spot in the Coppa Italia final against long-standing rivals Juventus. So understandably the atmosphere around the club is a very positive one at present. They too are eight points away from a Champions League position in Seria A, so winning the Europa League is imperative.

Refereeing this one will be Clement Turpin, who plies his trade in Ligue 1. In his 12 league matches in charge this season the Frenchman has dished out two red cards and 45 yellows. This results in a rather low average of just four cards per match. There is every reason to believe that will change in this game, as Milan have already received a league-high six sending-offs in Seria A. Compared to Arsenal who haven’t been given a single red, booking points on Milan seems the sensible option.

The notion of two of European football’s biggest teams battling it out to clamber themselves back upwards is pulsating. It will be a fascinating watch and be a huge test to Arsenal’s character. Character which they don’t seem to have.

The lack of leadership has seen Arsenal fail to register a clean sheet in their last 11 league matches. That signifies their lack of form after earning nine in their first 18. Milan themselves have kept nine league clean sheets in total. Equally, both teams have scored two or more goals 13 times this campaign.

So this naturally lends itself to a prediction of:

AC Milan vs Arsenal will be televised live in the UK on BT Sport with kick-off at 18:00 GMT.