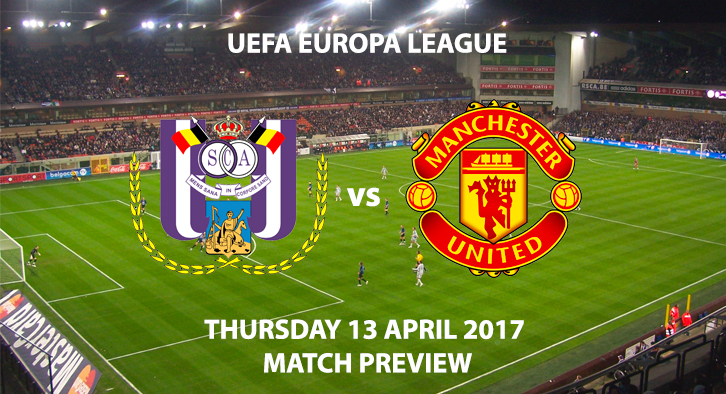 Manchester United currently languish 4 points behind Manchester City outside of the Champions League places in the Premier League. Consequentially, their entire season could depend on emerging victorious from the Europa League and gaining automatic qualification into the Champions League by doing so.
33-time Belgium First Division A Champions Anderlecht are the obstacle at the quarter-final stage.

Anderlecht won the regular 30-game league season and are also top of the 6 team group in the title play-offs at present and are favourites to regain the crown they last won two seasons ago. The White and Purple’s have won 4 of their last 5 matches, keeping clean sheets in all but one of those games – signifying strong form. 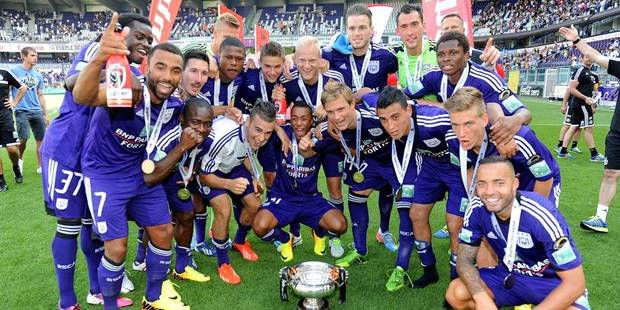 Jose Mourinho’s first season in charge of United has been a mixed bag, to say the least. Claiming both the Community Shield in his first competitive game and the EFL Cup 7 months later, one could argue is a success – but the extraordinarily high precedent set by United teams of yesteryear leaves the Portuguese boss seeing anything below a 4th place finish (and qualification into the Champions League) as a failure. A 21-match run of going undefeated is not counting for much when you still find yourself in 5th or 6th position.

That leaves the Europa League to conquer, where United (should) have had it rather easy on the most part and find themselves into the last 8 without coming up against anywhere near an elite team yet still have made the task at hand seem difficult.

United came 2nd to Fenerbahce in Group A, also containing Zorya and Feyenoord. They beat St Etienne (the winner of Anderlecht’s Group C) in the Last 32 comfortably before narrowly coming through 2-1 on aggregate against FC Rostov in the previous round – the team that put Anderlecht into the Europa League by beating them in the Champions League qualifiers.
Anderlecht came 2nd in Group C before a dramatic 3-3 away goals victory against Zenit in the last 32, and two resilient displays to beat Apoel Nicosia 1-0 home and away to set up a mouth-watering clash with global goliaths Manchester United.

Manchester United’s first ever European fixture was a trip to Brussels to take on Les Muaves et Blanc in 1956 which finished 2-0 to The Red Devils.
The same fixture that same season is still to this day United’s biggest ever victory, winning an incredible 10-0 in Belgium – a game which the legendary Sir Matt Busby described as ‘the finest exhibition of team-work I had ever seen’.
The six-game all-time record stands at four wins for United and two for Anderlecht.
The two most recent fixtures against the Belgians were in the Champions League in 2000 resulting in firstly a 5-1 win for United at Old Trafford courtesy of an Andy Cole hat-trick. The reverse fixture finished 2-1 to Anderlecht in Brussels.

Zlatan Ibrahimovic often needs no introduction but his influence on this United team cannot be over overstated.
The Swedish talisman has scored 28 goals in all competitions this season, including 5 in the Europa League.
United have lacked a presence up front and a definitive goal-scoring outlet without him and the 35 year-old’s influence shows no signs of waning just yet. 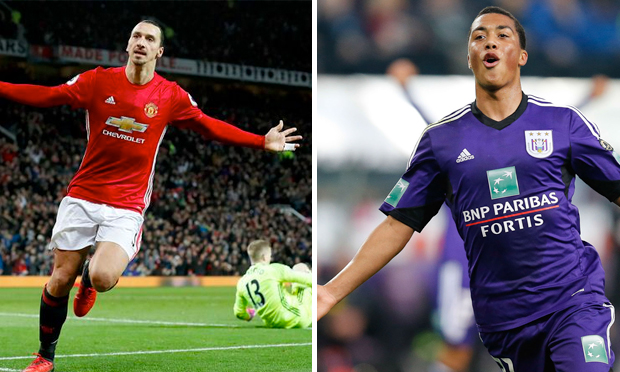 The Belgian giants have one name on everyone’s lips – Youri Tielemans. The central midfielder has sparked a flurry of interest around some of Europe’s biggest clubs with his consistently creative performances. Still at the tender age of 19 he has already been capped twice by Belgium and given the vice-captaincy at Anderlecht; with 12 goals and 9 assists in just 27 appearances in the Jupiler Pro League this season his effectiveness shows a maturity beyond his years.

The main story regarding team news is that captain and all-time record goal-scorer Wayne Rooney has been dropped from the squad to travel to Belgium. Mourinho has stated the forward has an ankle injury he isn’t able to shake off. Rooney’s form has come under intense criticism again this season amidst rumours of his departure to Everton, China or MLS.
David De Gea was out with a ‘small problem’ for the 3-0 win at Sunderland on Sunday but should be fit to return, although Sergio Romero will probably keep his place as the team’s first choice Europa League goalkeeper.

Antonio Valencia, in fantastic form this season, looks set to return from injury alongside Ashley Young but both are likely to start on the bench.
Chris Smalling, Phil Jones and Juan Mata are all still ruled out.

Anderlecht are mainly fit but top-scorer Lukasz Teodorczyk is a doubt with a shoulder problem. The Polish striker has scored 25 goals in all competitions this season and the Belgian outfit will hope he will be fit enough to make the bench. 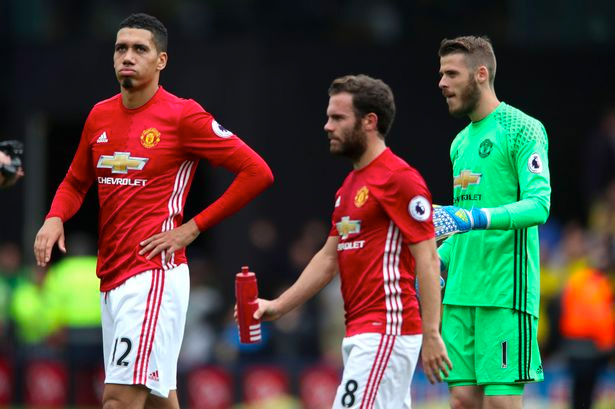 Utd will be without Smalling, De Gea and Juan Mata for the trip to Anderlecht. Photo credit : www.dailypost.co.uk