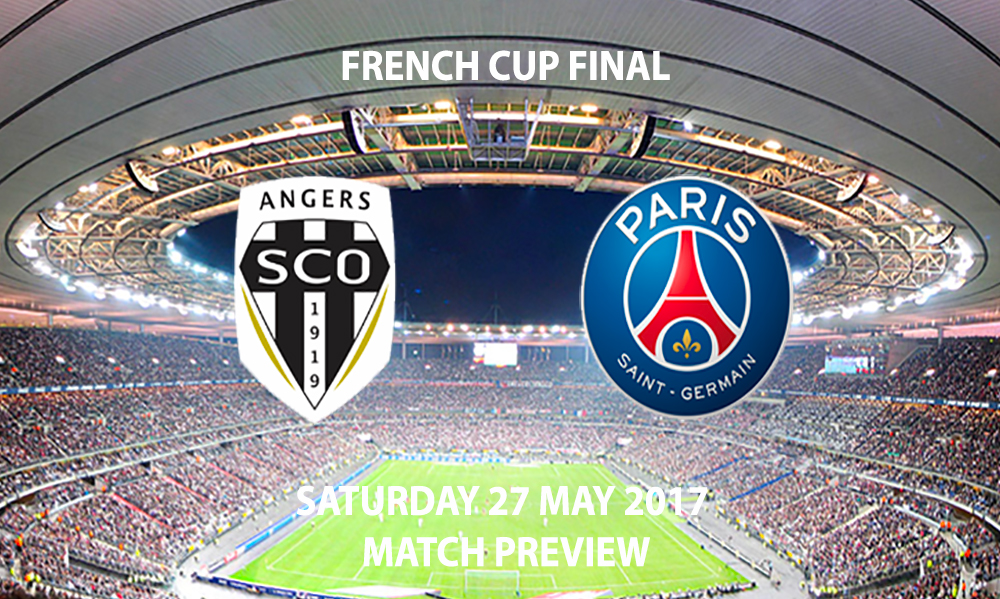 The home of French football, Stade de France, could host one of the true underdog stories as The Parisian goliaths face trophy-less Angers in France’s premier knockout cup competition.

PSG have had a very poor season by their own ambitious standards and as such manager Unai Emery’s job is under intense scrutiny. Accustomed to success; especially domestically, missing out to a brilliant Monaco side in Ligue 1 by 8 points will have been a massive blow. Even worse was the humiliating manner in which the Spanish manager’s side threw a commanding 4-0 lead against Barcelona in the Champions League – losing 6-1 in the second leg and consequentially being ejected from the competition as early as the last 16 stage.

The only silverware won this campaign by the ex-Valencia and Sevilla manager’s side has been the Coupe de la Ligue; crushing French Champions Monaco 4-1 in the final.
Winning the Coupe de France – and therefore the domestic club double – could be Emery’s only salvation as he fights for his job. The Spaniard is no stranger to success in cup competitions; having guided Sevilla to three consecutive Europa League titles during his time in Seville.

Stephane Moulin’s men finished in a commendable 12th position in Ligue 1 but have never won a trophy in the club’s history. In fact, this is the first cup final Angers have got to for 60 years – making PSG massive favourites to take the crown.

Angers displayed their fighting spirit in a resilient 2-0 semi-final victory over Guingamp; in the last minute Guingamp forward Jimmy Briand missed a penalty before Karl Toko Ekambi went up the other end to finish the tie in injury time.
PSG reached the final by demolishing domestic rivals Monaco 5-0 with a stunning performance in the semis, courtesy of a Blaise Matuidi goal an assist.

PSG have won 13 of their last 16 league matches so will come into this one in red hot form, Angers on the other hand have lost 6 of their last 10 – but picked up two consecutive wins to end the season which will help build confidence.

Team News
PSG will be thankful they have an embarrassment of riches to call upon in their squad, as full backs Thomas Meunier and Layvin Kurzawa are both ruled out – Maxwell and Serge Aurier are both set to start in their place. Grzegorz Krychowiak is also out of contention. Hatem Ben Arfa and Marco Veratti are both doubts but should be fit enough to make the squad.

Angers will want to be at full strength for the challenge of the French giants – but will be without defenders Pablo Martinez and Yoann Andreu are ruled out alongside striker Billy Ketkeophomphone. Abdoulaye Bamba remains a doubt for the final. 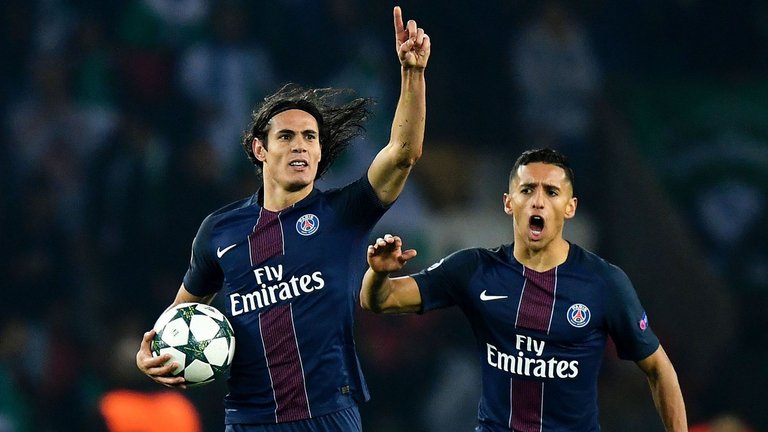 Players to Watch
This match is likely to boil down to whether the PSG players can reach the standards expected to see the job through. Hence two key players for the Parisians are noted here.
Edison Cavani is a player that often divides opinion. Irrespective of his perceived efficiency or whether he was the man to replace the cataclysmic hole left by Zlatan Ibrahimovic, the Uruguayan’s output is phenomenal – 35 goals in Ligue 1 is only bettered by Lionel Messi’s 37 in Europe’s top 5 leagues this season. Blessed with athleticism and incredible movement of the ball and with a gifted knack for being in the right place at the right time; 49 goals in all competitions this season highlights the danger of the ex-Napoli man. It is a certainty that PSG are going to create chances, if Cavani puts them away then Angers won’t have a prayer of winning this tournament.

Thiago Silva is a man that leads by example – the PSG captain puts his body on the line in aid of his team and uses his leadership qualities to calm his side down when needed. The Brazillian international is the second most expensive defender in history after moving from Italian giants AC Milan to the French capital. Thiago Silva is an excellent reader of the game and often snuffs out opportunities before the danger presents itself, his ability on the ball then helps the team push forward.
61 caps for Brazil in a trophy-laden career speaks volumes of one of the world’s highest-rated defenders and on his day can give nightmares to even the very best strikers.