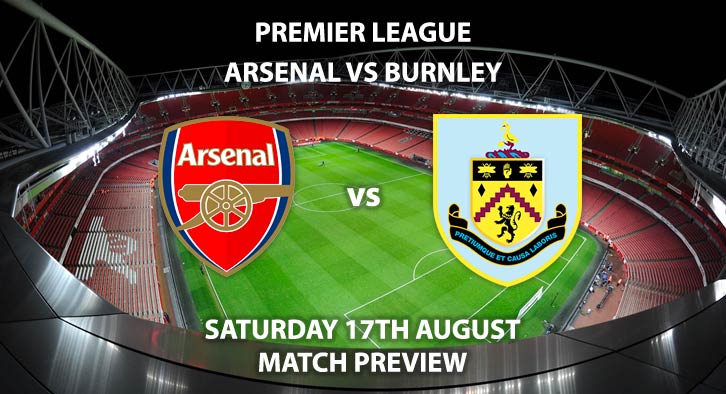 Arsenal will be looking to back up their opening day win with another three points when they take on Burnley at the Emirates.

The Gunners kicked off their campaign with a 1-0 win at Newcastle United last weekend. With Mesut Ozil missing and Alexandre Lacazette and new signing Nicolas Pepe on the bench, the goal-scoring burden fell on Pierre-Emerick Aubameyang’s shoulders.

The Gabonese striker grabbed the winner in the second half with a clinical finish from close range. Whilst it wasn’t a flawless 90-minute display from Unai Emery’s side, they got the job done, which isn’t something you can often associate with Arsenal. Last season they won away from home and kept a clean sheet once in the entirety of the campaign, so they’ve already matched that feat.

Callum Chambers has resurrected his career at Arsenal throughout pre-season and he started at the heart of the defence next to Sokratis. Deadline Day addition David Luiz was on the bench and it’s tough to see Emery starting the Brazilian for this match after their showing last weekend.

Last season the Gunners were imperious at home. Their top-four push was built on their record at the Emirates, against the so-called ‘lesser siders’. Games like this were meat and drink for Emery’s team, it was against the big boys and away from home where they struggled.

Burnley come into the match off the back of a resounding 3-0 home win against Southampton. Ashley Barnes proved himself a nuisance for the back four bagging a brace against the Saints, who were well off the pace. The Englishman, alongside Chris Wood, have proven themselves as handfuls for any backline at this level.

The Clarets managed to fend off interest for James Tarkowski in the summer, with Leicester City leading the chase for his signature. The former Oldham and Brentford defender has forged a solid partnership in their backline which has helped them keep the goals out.

As I’ve already mentioned, games like this were the heartbeat of Arsenal’s top-four push last season. Burnley will be stubborn and they’ll make it hard for the Gunners, which makes an early goal crucial. I’m going to back Arsenal because of their home form but it might be a narrow win, once again.

Arsenal vs Burnley will be televised live in the UK on BT Sport 1 with kick off at 12:30 BST.