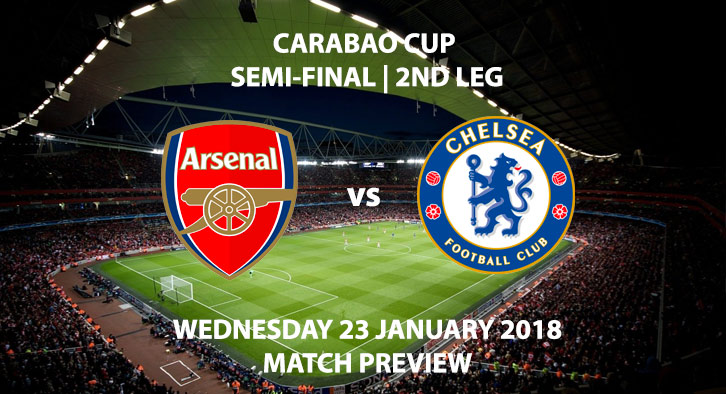 After a 0-0 draw at Stamford Bridge, Arsenal will be hoping home advantage is decisive as they host London rivals Chelsea in the Carabao Cup semi-final second leg.

With the Alexis Sanchez saga now drawing to a close, the Gunners can set their focus on sealing a place at Wembley. With Henrikh Mkhitaryan set to join Arsene Wenger’s side in exchange, he will be hoping to integrate the Armenian quickly.

There’s no doubt Arsenal are getting a player who on his day has proven to be real quality. The big task for Wenger is to get that level of performance from Mkhitaryan on a regular basis. With Mesut Ozil and Jack Wilshere both looking set to sign new deals, it’s important Wenger has one last strong push to rebuild his squad. 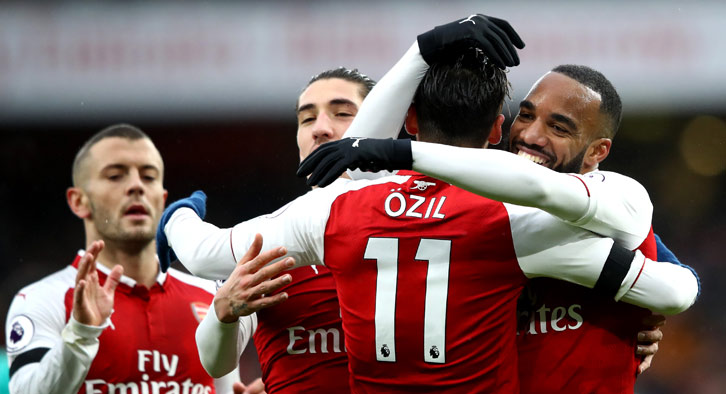 Ozil was back in the goals on the weekend as he got one of Arsenal’s four goals vs. Crystal Palace

With only the Europa League offering Arsenal any form of silverware this season, winning the Carabao Cup could be key to boost the confidence of his players. Saturday’s thumping of Palace will have breathed confidence into the group after a run of five games without a win. Ozil, in particular, shone on his return from injury. It’s key that Wenger gets the best from his German World Cup winner again on Wednesday night.

Chelsea returned to winning ways after four consecutive draws with a 4-0 victory over Brighton. Eden Hazard ran the game as he helped himself to two goals and the man of the match award. Hazard took his tally for the season to 14 goals as he took centre stage with Morata missing.

After the Spaniard missed the win at the Amex Stadium, it’ll be interesting to see if Antonio Conte throws the former Real Madrid forward back into the starting line-up. Whilst he didn’t score, Michy Batshuayi played well at the weekend, linking up impressively with both Hazard and Willian. 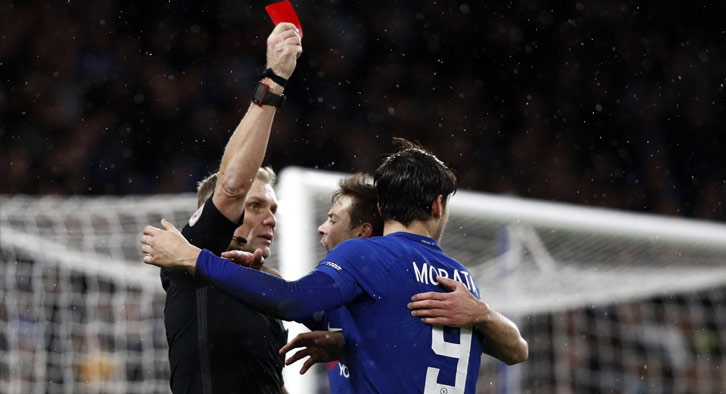 Morata has seen more red cards than goals in his last 6 games for the blues.

With more red cards than goals in his last six games, Morata is going through a real rough patch in front of goal. He is low on confidence which could pave the way for Batshuayi to start.

Chelsea are without a win in their last five meetings against Arsenal. They have however lost only one of those games, with that defeat coming last May in the FA Cup final. In the league, however, it’s a different story, with Arsenal winning just once in the clubs last 14 fixtures. 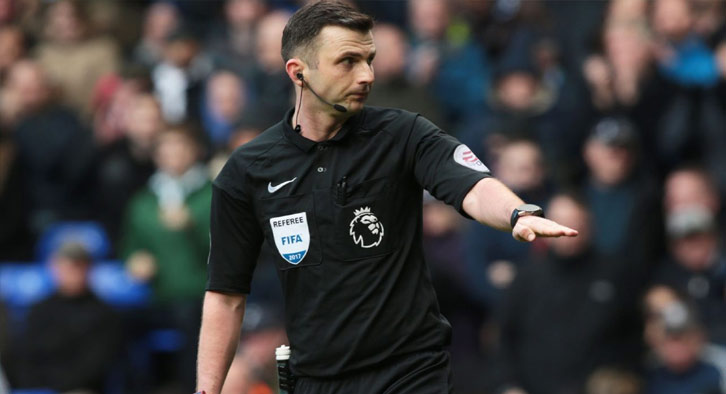 Michael Oliver will referee Wednesday’s London clash, which could be a feisty affair. Oliver has brandished an average of 39.5 booking points per game this season, including 70 yellow cards over 20 games.

With the winner of this fixture facing either Manchester City or Bristol City, both teams will be desperate to book their place at Wembley. I’m really struggling to call a winner between the pair and I think it could take extra-time and even penalties to separate the two teams.

Prediction: Arsenal 1-1 Chelsea (Chelsea to win on away goals AET).

Lacazette to score and Arsenal to win – 7/2