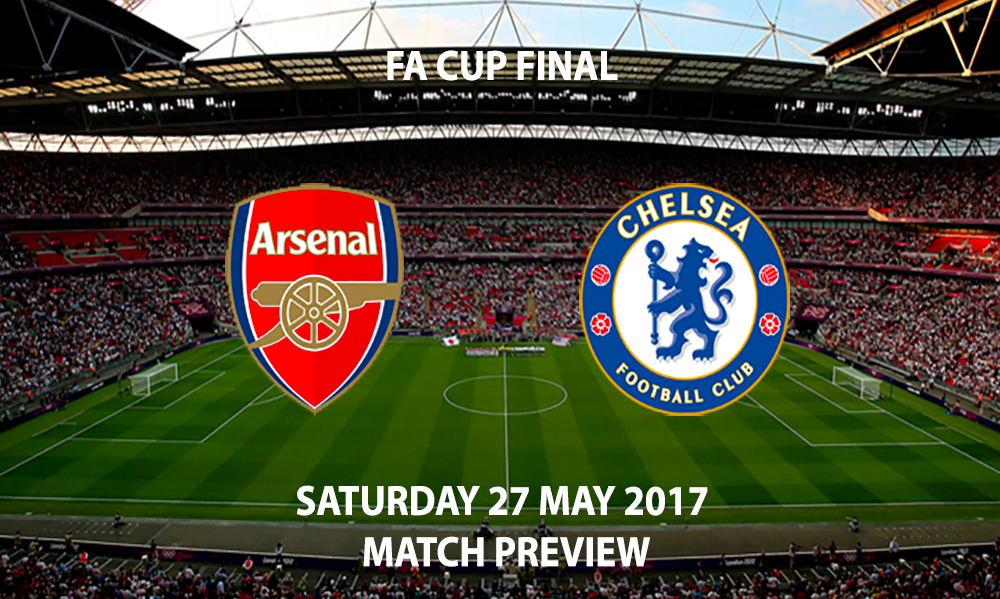 Arsenal and Chelsea battle for England’s oldest trophy as Antonio Conte seeks a brilliant league and cup double in what could be Arsene Wenger’s last match.

The FA Cup may not still possess the same aura as days gone by but still provides an excellent spectacle of football at England’s greatest stage – rarely do teams and managers possess the opportunity to etch themselves into English footballing history with victory and this competition provides just that.

The culmination of the English season sees two sides and two managers desperate for victory for completely contrasting reasons.

The Gunners have not won any other major competition bar the FA Cup since the ‘Invincibles’ team of 2004, but are seeking a third FA Cup title in 4 years. This lack of success has seen the discontent amongst Arsenal fans grow and grow and that unhappiness has reached bubbling point – protests demanding change throughout the season against Wenger and the board are illustrated consistently.
This year feels like it may well be Wenger’s last in charge, so the Frenchman would love to solidify his legacy as the most successful manager in FA Cup history and claim a 7th crown.
A 2-1 victory after extra time against Manchester City in the semi-final proves Arsenal can rise to the occasion and the North-London side will undoubtedly believe they can win.

Chelsea’s season is in stark contrast to their London counterparts; after claiming a fifth Premier League title in the past couple of weeks Antonio Conte seeks to become only the second manager to win a league and cup double in his first season and lead Chelsea to become only the third team to win more than one double – after Manchester United and their obstacles to do so Arsenal.

The Blues’ season really began after being outclassed 3-0 at the Emirates in late September – this prompted a change in formation to the now famed 3-4-2-1 and began a dominating sequence of 13 consecutive wins in the Premier League. Chelsea have since never looked back and bar a late resurgence from Arsenal’s rivals Tottenham Hotspurs scarcely looked in danger of claiming a second Premier League title in three years.

Both sides come into the match in excellent form, Arsenal winning their last 5, and 8 of their last 9 since Wenger’s switch to 3 at the back, and Chelsea romping to the title after 6 straight wins to finish the campaign.
Arsenal finished 5th and subsequently missed out on Champions League football, so an FA Cup victory is all Wenger’s men have left to play for to salvage an otherwise incredibly disappointing season. Such motivation should be looked at as dangerous.

Team News
A theme of Chelsea’s season has been the full squad at Antonio Conte’s disposal. Saturday will be the same as Chelsea hope their consistency in shape and personnel carries them over the line to a fantastic double.

Arsenal, on the other hand, do indeed have serious injury worries – particularly in central defence. Captain and key defender Laurent Koscielny received a straight red card for a rash challenge against Everton so suspension prevents him from leading his side out at Wembley. Gabriel Paulista is still ruled out whilst Shkodran Mustafi remains a doubt providing a real headache for Arsene Wenger should he continue to use his 3 at the back system. Often unused this season; Per Mertersacker is set to play. Kieran Gibbs is also a doubt but other fitness concerns Alex Oxlade-Chamberlain and Alexis Sanchez should be cleared to play. 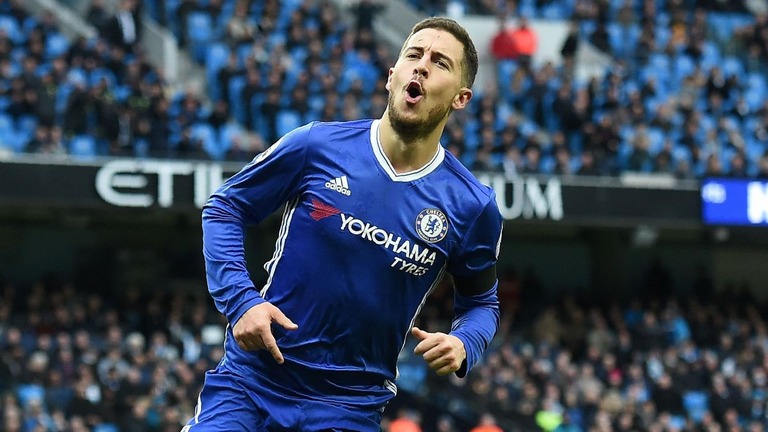 Eden Hazard is amongst the elite players in the world Photo Credit: skysports.com

Players to Watch
Eden Hazard has been instrumental in Chelsea’s remarkable season. The diminutive winger has dazzled under Conte and after last season’s blip, has been the usual irrepressible force we are accustomed to. The Belgian international has scored 17 goals in all competitions this season; including a great strike to regain the lead in the FA Cup semi-final against Spurs. Hazard is truly one of the world’s elite players and has the capability to win matches single-handedly – Chelsea will be hoping that he does just that. 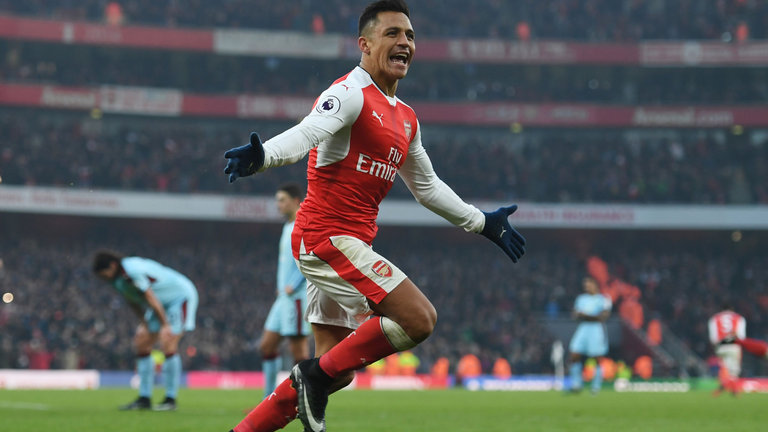 Alexis Sanchez is the definition of talisman for Arsenal. Despite Arsenal’s wholly underwhelming campaign, the Chilean has flourished with a remarkable best-ever return of 29 goals and 18 assists in all competitions – the highest combined total of any Premier League player. The ex-Barcelona forward’s dynamism and creativity assures constant menace and there is no doubt whatsoever that Sanchez has the confidence to produce a moment of magic at any given moment. The attacking talent on display in this match is vast but it would be hard to back against Sanchez’s light shining brightest.