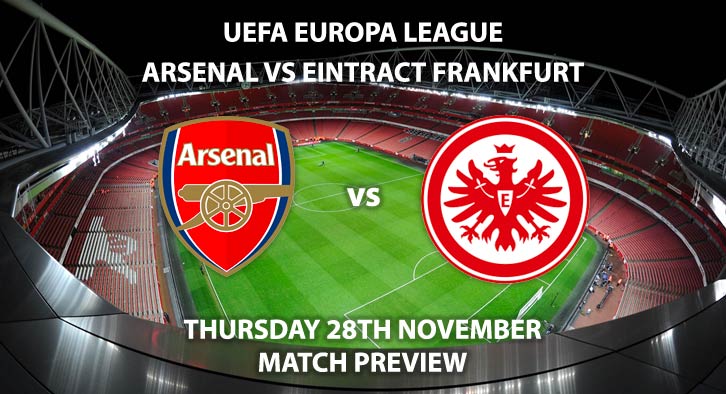 Arsenal will host Eintracht Frankfurt in the UEFA Europa League this Thursday night.

It is no secret that the Gunners are having off the field issues at the moment, with many fans calling for manager Unai Emery to be sacked. Meanwhile, Frankfurt have also been uninspiring in their domestic campaign but can keep their European dreams alive with at least a point at the Emirates Stadium.

Arsenal are priced at 19/20 to win the match by SkyBet and confirm their spot in the knockout rounds. Unai Emery is on thin ice with the Arsenal board and fans after a poor run of results. The Gunners have failed to win a match in their previous six from all competitions but can provide a glimmer of hope with victory and qualification to the knockout rounds this Thursday.

Not many have impressed in Arsenal red, but Gabriel Martinelli is a player the fans are dying to see more of. The youngster is a real threat in the box and has a natural goal scoring gift – with three goals in the competition so far. He is priced at 7/5 to score anytime.

Eintracht Frankfurt are priced at 5/2 to win the match and shake up the whole of Group F heading into the final match day. The German’s have been average to their standards this campaign after reaching the semi-finals of this competition last season. Their away form does not help their case with four losses from five match so they could be in for a tough evening – if Arsenal decide to turn up.

Going forward, Paciencia Goncalo has been the club’s best outlet and has six goals in all competitions. He is priced at 23/10 to score anytime.

The referee for this match will be Ruddy Buquet. The Frenchman could be in for a busy evening as in their reverse of this fixture not long ago, 85 booking points were awarded in a feisty affair.

– It’s tough to split these sides but Arsenal have been less than convincing in recent weeks.