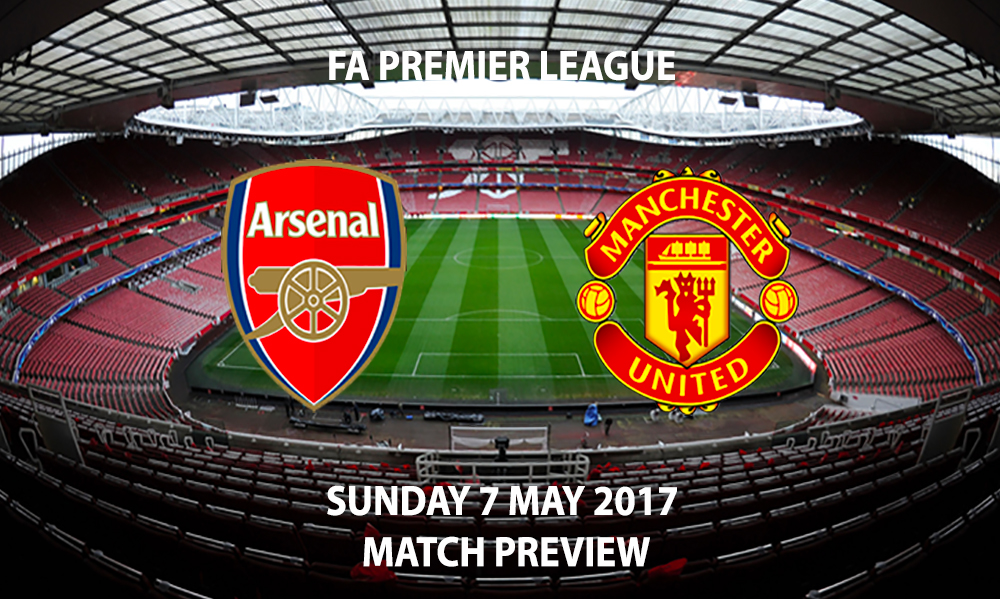 Manchester United travel to The Emirates as the climax of the season brings two historic rivals competing to earn a place in The Champions League.

To put it bluntly – this is a must-win for Arsenal. After Sunday’s 2-0 defeat to arch-rivals Tottenham The Gunners have lost 5 of their last 6 away matches and find themselves in a desperate league situation. 6th place, 6 points away from Manchester City in fourth means it is likely the frailties of Arsene Wenger’s team will be punished and consequently Arsenal will miss out on Europe’s elite competition for the first time during the Frenchman’s reign.

Arsenal’s season has both been shockingly poor yet simultaneously predictable. Naivety away from home in defeats to teams like West Brom and Crystal Palace alongside the customary Champions League last 16 at the hands of Bayern Munich has put even more pressure on manager Arsene Wenger as fan protests intensify and the desire for change grows stronger.

Salvation could once again be in the hands of an FA Cup triumph; as Arsenal overcame Manchester City 2-1 in the semis to reach their 3rd FA Cup final in 4 years. The lucrative 4th place isn’t out of reach either, as The Gunners have a game in hand. Anything other than victory over fellow Champions League chasers Manchester United will all but seal their fate.

As Jose Mourinho has made sure everyone knows; Manchester United come into this match with plenty of injuries during a period of extreme fixture congestion.

Thursday’s 1-0 victory away to Celta Vigo in the Europa League semi-final puts The Red Devils in a strong position to reach the final – win the competition and Mourinho’s men can attain Champions League status without the need to finish 4th.

As a consequence, the Portuguese manager has hinted at wholesale changes to his side’s line-up against Arsenal but still intimates the desire to win. Against long-time adversary Arsene Wenger that is hardly surprising.

United are on an unprecedented unbeaten league run of 25 matches spanning back all the way to October in the 4-0 humiliation at the hands of Antonio Conte’s Chelsea.
Despite this; United have been plagued by a series of draws – an astounding 14 in the league in total – which has hindered their Champions League place hopes and completely decimated any title ambitions. United’s 5th place position a point behind neighbours City suggests that victory is necessary to not allow the blue of Manchester to pull away.

The long-term rivalry between Wenger and Mourinho and the fact that the Frenchman has never beaten his Portuguese counterpart in the Premier League only adds to the importance of this clash.

Team News
Jose Mourinho has strongly hinted that he will rest the players that have featured more prominently during the fixture congestion. This means player such as Marcus Rashford, Eric Bailly, Ander Herrera, Ashley Young and Jesse Lingard are suspect to being rested. However the Portuguese manager confirmed David De Gea will regain his starting position from Romero. Long term injuries have come at the worst time for Zlatan Ibrahimovic and Luke Shaw and Marcos Rojo who are all ruled out. Marouane Fellaini is still completing his three-match domestic ban so will be unavailable as well. The good news is that Chris Smalling came off the bench on Thursday and Phil Jones was in the matchday squad so both are back in contention.

For Arsenal the team news is less extensive; Granit Xhaka will miss out with an ankle injury but Skhodran Mustafi, Lucas Perez and David Ospina could all pass late fitness tests to feature.

Players to Watch
Alexis Sanchez has the capability to single-handedly win matches on his day; proving so in this fixture last year helping a rampant Arsenal take a 3-0 lead within 20 minutes. The Chilean forward currently has 19 goals and is just a single strike away from his best ever tally in a season (which is also 19 for Barcelona in 2013/14) and could become just the 8th player to reach 50 Premier League goals for the Gunners with a brace on Sunday (has 48 at present). He is a dynamic forward who provides a constant threat to the opposition with his movement and ability to shoot from any distance or angle. Enabling Sanchez could be key to victory for Wenger’s men. 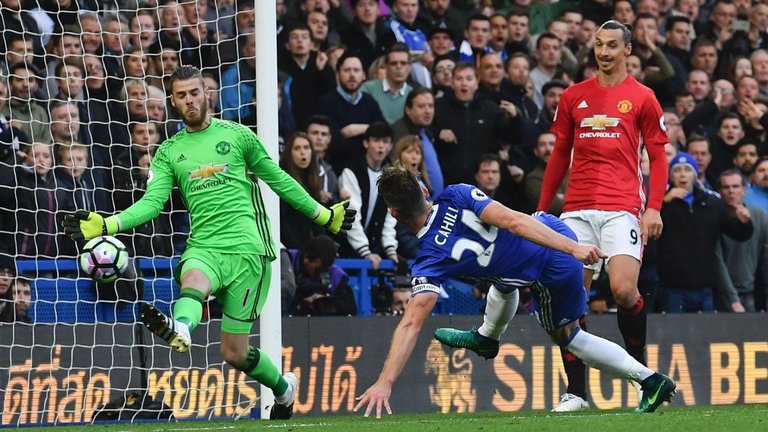 Manchester United must do everything to keep the Spanish keeper Photo Credit: skysports.com

David De Gea is the only player in history to win three consecutive Manchester United Player of the Season awards; such as his importance to the team. The Spanish international has been heavily linked with a move to Real Madrid but it is vital United keep him for the long term. Arguably the best shot stopper in the world; De Gea has been the difference on numerous occasions between a Red Devils victory or not and if Arsenal’s attack are in full flow he will need to be at this best for a positive result.