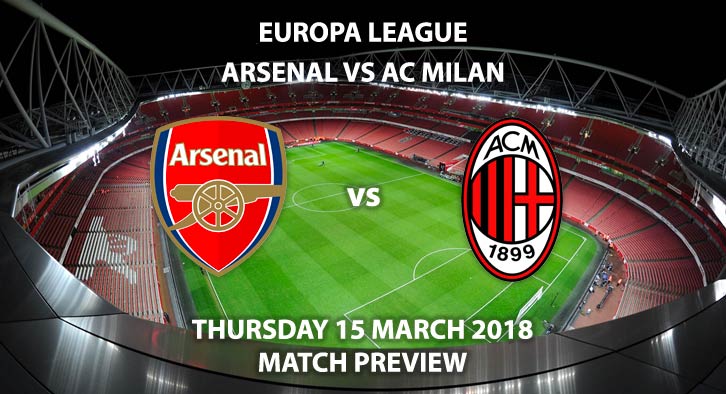 Arsenal vs Milan – After a professional 2-0 win at the San Siro, Arsenal will look to finish the job against Milan in the 2nd leg of the Europa League last 16 at the Emirates.

Simply put, the Europa League is now everything to Arsenal and Arsene Wenger. Should The Gunners want to get back into the Champions League next season this is the only available path. Failure to do so will surely see Wenger sacked (what many see as already overdue).

The North-London side are 6th in the Premier League, 12 points away from Liverpool in 4th. Once again it has been an increasingly poor season and the fans are making sure it is known.

Woeful away from has hampered Arsenal, which makes the 2-0 win in the 1st leg in Milan even more surprising. Henrikh Mkhitaryan and Aaron Ramsey scored the goals to hold the commanding lead, and now they should see it through. That, and a serious challenge for the Europa League title is still far below the required standard, one feels.

The 1st leg was the first time Milan had conceded a goal in seven matches. Genaro Gattuso’s men also won with a clean sheet on the weekend, beating Genoa 1-0. Arsenal (and Petr Cech) finally kept a clean sheet too (Cech’s 200th in the Premier League). Their 3-0 victory against Watford doesn’t dispel any of the negativity at Arsenal but is a good start.

After the weekend, both sides now have ten clean sheets in their domestic leagues and are in 6th place. Setting up even further the importance of this tie. Milan, despite their good form, are big underdogs and have it all to do. The last match Arsenal played at home in the Europa League they lost 2-1 to Ostersunds, so it isn’t beyond the realms of possibility whatsoever. Needless to say, Milan know all about fight-backs in European competition (circa Istanbul 2005).

Taking charge of this match will be Jonas Eriksson. The Swedish referee plies his trade in the Allvenskan and has amassed a career record of 24 red cards and 512 yellows, at an average of 0.17 and 3.68 per game respectively in his 139 matches. Fun fact, Eriksson is a multi-millionaire by virtue of selling his 15% stake in a Swedish media company for £6m. He referees through sheer enjoyment. Now that is unique !

Arsenal vs Milan will be televised live in the UK on BT Sport with kick off at 20:05 GMT.

More markets will be added prior to kick-off at 20:05GMT tonight so keep revisiting this page closer to kick-off!

Keep visiting the tips and preview area for further updates and betting previews for more previews from this weeks domestic cup action and remainder European fixtures.