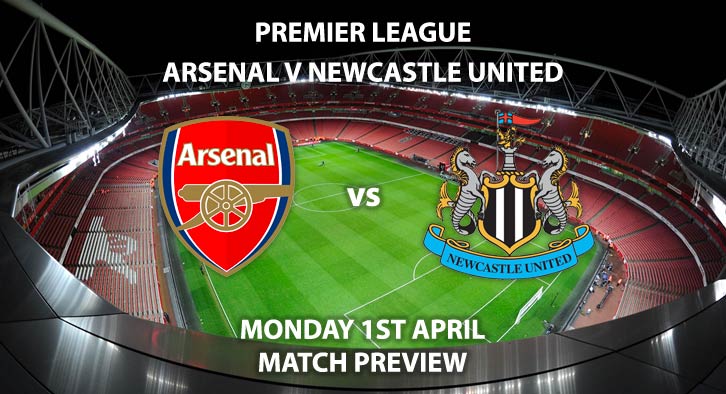 Arsenal vs Newcastle: Arsenal will be hoping to move up to third in the Premier League table with a home win over Newcastle on Monday night.

The Gunners sit just one-point behind third-placed Tottenham Hotspur, ahead of their trip to Anfield on Sunday. It’s been a long break for Unai Emery’s side, after they last featured on April 14, some 19 days ago. Their last Premier League outing was against Manchester United, where they came out 2-0 victors. That huge victory lifted Arsenal back into fourth, with just eight games remaining. A 3-0 Europa League triumph over Rennes also meant that confidence was high heading into the international break. Mesut Ozil played crucial roles in both of those matches, in his first back-to-back starts of 2019. Could this be a sign the German is finally winning over Emery? Who knows? However, I would expect him to feature once again against Newcastle on Monday. Pierre-Emerick Aubameyang and Alexandre Lacazette have both benefited from Ozil’s playmaking, in this 3-4-1-2 system. Aubameyang has three goals in his last two games, as a result.

Newcastle come into this match 13th in the Premier League table, seven points above the relegation zone. Rafael Benitez’s side have been in good form recently, with just one defeat in their last six games. Last time out, they recorded a 2-2 draw away with Bournemouth, thanks to a late Matt Ritchie strike. The Magpies strong recent run has lifted them clear of danger, with only Arsenal and Liverpool still to play from the top six. They haven’t won away from home this year, however, which could a course for concern. Salomon Rondon will be hoping to secure his future at St James’ Park beyond this season. The Venezuelan striker has three goals in his last three games and five in his last nine matches.

Anthony Taylor is the referee for this fixture. The Englishman has officiated 43 top-flight matches this season. In that time, he has accumulated an average booking points total of 32.2. Therefore, I would advise a maximum of 50+ total points for this fixture.

Arsenal’s terrific home form has made the Emirates one of the toughest places to visit in the Premier League. Newcastle’s form has improved recently, but I still think the Gunners will be too strong for them.

Arsenal vs Newcastle will be televised live in the UK on Sky Sports Premier League with kick-off at 20:00 BST.

Odds and markets last updated on Monday 1st April 2019 @19:16 GMT. Keep checking back to see if there’s any updates to markets – the time stamp in the previous sentence for when we update tips on this page will be updated.