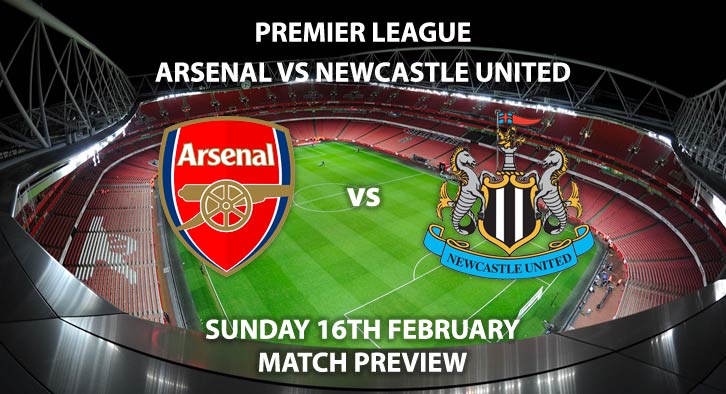 Arsenal return to Premier League action this weekend when they host Newcastle United on Sunday afternoon.

Prior to the break, Arsenal had drawn their last four consecutive Premier League encounters, meanwhile Newcastle were unbeaten in their last four, drawing three and winning one.

Arsenal have been inconsistent this season to say the least, and have drawn more matches than any other side in the division (13). Manager Mikel Arteta will be hoping his side can convert them draws into wins as the business end of the season approaches, and strengthen their hopes, albeit faint of securing European football for next season.

These two sides last met at the beginning of the season, where Arsenal took all three points thanks to a goal from Pierre Emerick-Aubameyang. That goal in August was Aubameyang’s first of fourteen goals scored this season, and the Arsenal striker is priced at 7/10 on SkyBet to score anytime on Sunday afternoon.

The Gunners boast a tremendous record over this weekends opponents, and have won thirteen of the last fourteen meetings between these two. Arsenal have lost once in the last ten years against Newcastle. The Magpies’ last win in this fixture came back in April 2018, where they were victorious 2-1 at St James’ Park. The last time Newcastle won away to Arsenal was in 2010.

The referee for this encounter is Lee Mason. The 48-year old has taken charge of twelve Premier League matches this season, and in that time has awarded forty-six yellow cards, and one red card. This considered, I would recommend a maximum of 50+ booking points for this fixture. Sunday afternoon will be the first time he has taken charge of an Arsenal game in the Premier League this season, but Mason did take charge of Newcastle’s 2-1 defeat to Everton, where he awarded four yellow cards.

Arsenal vs Newcastle United will be televised live in the UK on Sky Sports Premier League with kick-off at 16:30 GMT.