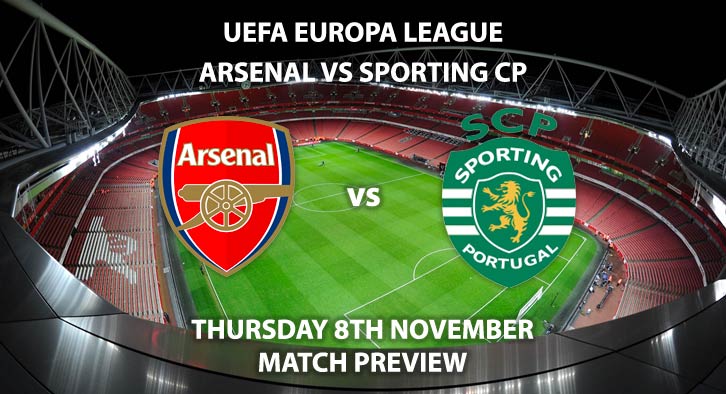 Arsenal can all but secure top spot in Group E with another victory against Sporting in the Europa League.

A  1-0 victory in Lisbon on the last matchday put Unai Emery’s team into a fantastic position. Whilst many clubs would perhaps not see the Europa League as any sort of priority, Emery has wonderful pedigree in the competition, winning three consecutive times with Sevilla. The league form hasn’t seemed to be suffering, so why not attempt to claim a European trophy.

That league form aided Arsenal’s recent wonderful run of eleven wins on the bounce, before recent draws. The last of which was an excellent game, a 1-1 draw with fellow title challengers Liverpool. The Gunners went 1-0 down, and in the past an Arsenal team may have crumbled but a tide is turning with the way they battled back to claim a point.

As such, Arsenal are now in fifth, but only one point away from North-London rivals Spurs and the top four. League leaders City are still within grasp at just half a dozen points away. Seven wins, two draws and two losses (to City and third-placed Chelsea) is a solid start to the campaign.

Contextually, perhaps a better start than what Sporting have made in Portugal. The Lions are third in a very tight top of the Primera Liga, two points away from leaders Porto but only the same number ahead of fifth-placed Benfica.

A run of three losses in five matches, including being knocked out of Taca de Liga at home by Estoril, which Sporting held, saw manager Jose Peseiro relieved of his duties for the second time at the club. Strong rumours have surfaced that current Al Jazira boss Marcel Keizer is the man targeted to replace Peseiro.

It just suggests more turmoil at a club which has suffered more than its fair share of it of late. Club president at the time Bruno de Carvalho suspended 19 players after a semi-final defeat to Atletico Madrid in this competition last season.

Players and staff were then attacked at training in May, forcing seven players to terminate their own contracts and subsequently move on. Whilst some, namely Bas Dost and Bruno Fernandes decided to stay, Portugal internationals Rui Patricio, Gelson Martins and William Cavalho said farewell to the drama.

One of Portugal’s ‘big three’ teams, Sporting will always have enough prestige as a club and quality in the academy to rebuild, but rebuild they must.

In contrast, Arsenal seem to be growing continuously stronger under Emery, with players such as Alexandre Lacazette and October club player of the month Pierre-Emerick Aubameyang, who already have 13 goals between them this season, particularly shining.

The referee for the match will be Gediminas Mazeika and the Lithuanian will be taking charge of his second Europa League game of the campaign. Mazeika gave out six yellows in the previous fixture between Sevilla and St Leige, which finished 5-1 to the Spanish outfit.

The Gunners should have sufficient momentum and quality to continue the decent European form and secure qualification into the knockout stages with victory here. Which should really be no surprise considering the other teams in the group are FC Vorskla Poltava of Ukraine and Qarabag FK of Azerbaijan.

Odds and markets last updated on Thursday 8th November 2018 @19:12 GMT. Keep checking back to see if there’s any updates to markets – the time stamp in the previous sentence for when we update tips on this page will be updated.