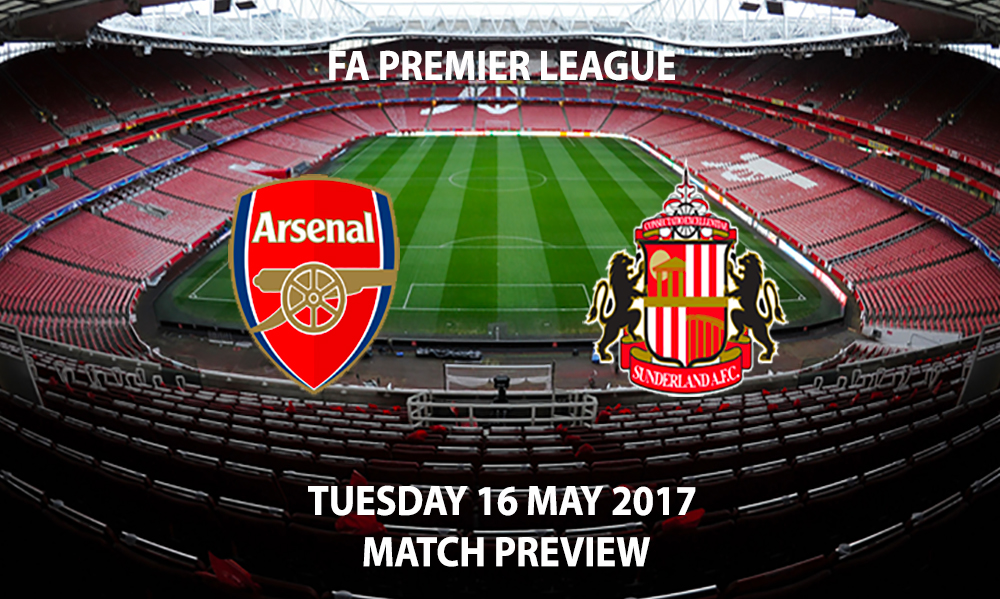 Arsenal need to beat already-relegated Sunderland at The Emirates to push the fight for a Champions League place to the final day.

As what seems to be the norm with Arsenal; what began as a season full of promise meekly petered away. Now, in the closing stages The Gunners have been in excellent form and are battling to get into the pinnacle of European club football – the UEFA Champions League.

In seasons gone by the North-London club’s 5 wins from 6 (the solitary loss coming against Spurs; 2-0 in the last ever North-London derby) would have been enough to solidify 4th place as their own. In fact in the previous two season Arsenal have managed to finish 3rd (2014/15) and 2nd (2015/16) though some would argue not deservedly so.

However; Manchester City and Liverpool won their crucial matches on the weekend 2-1 at home to Leicester and 4-0 at The London Stadium respectively. This means qualification is out of Arsenal’s hands. Arsenal are 5th on 69 points with two games left, City on 72 having also played 36 matches while Liverpool have 73 points with a single game left.
The ever-increasing protests for managerial and board member changes seen so vividly throughout the season will undoubtedly resurface should Arsenal not finish in the top 4 – Wenger’s saving grace could once again be the FA Cup where they face a Chelsea team looking for a league and cup double. 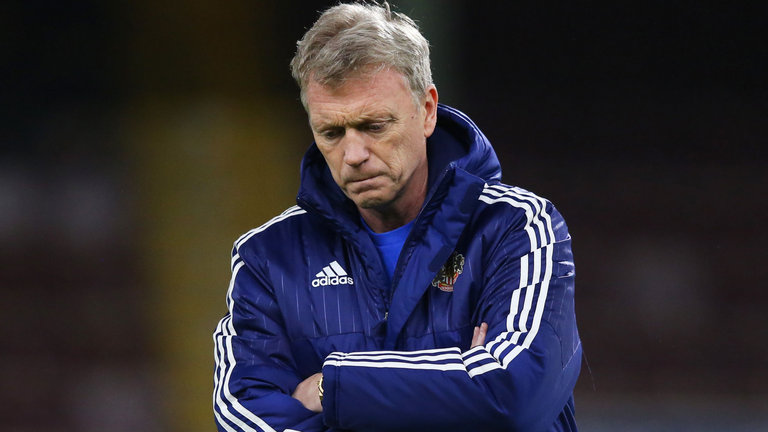 David Moyes could be in for a difficult evening after a poor season Photo Credit: skysports.com

Sunderland could only dream of having the struggles mentioned above, and find themselves rooted to the bottom of the Premier League table – relegated and guaranteed to face the battleground of The Championship next season.
The Black Cats have had a woeful season; losing 24 of their 36 matches so far and the atmosphere at The Stadium of Light reflects as much – dismay surrounds the club.

David Moyes has been ineffective and disinterested in leading the team as the manager. All whilst the owner Elis Short is desperate to sell the club, as a consequence has sold the club’s most promising player (Patrick van Aanholt for a fee rising to a reported £14m to relegation rivals Crystal Palace) and simultaneously refuses to invest any more money into the club.
It has been a mess and mass change is paramount should Sunderland want an instant return to the Premier League next season.

Team News
Arsenal’s main concern is that Alexis Sanchez picked up a knock in the 4-1 victory over Stoke last time out and remains a doubt. Key defender Laurent Koscielny is also battling for match fitness due to a calf problem. Rejuvenated Alex Oxlade-Chamberlain is ruled out with a hamstring injury and is also a doubt for the FA Cup final too.

Sunderland might be without trio Victor Anichebe (hamstring), Jason Denayer (thigh), and George Honeyman (back) with the latter picking up an injury in training and both Anichebe and Denayer sustaining knocks in the 2-0 defeat against Swansea on Saturday. 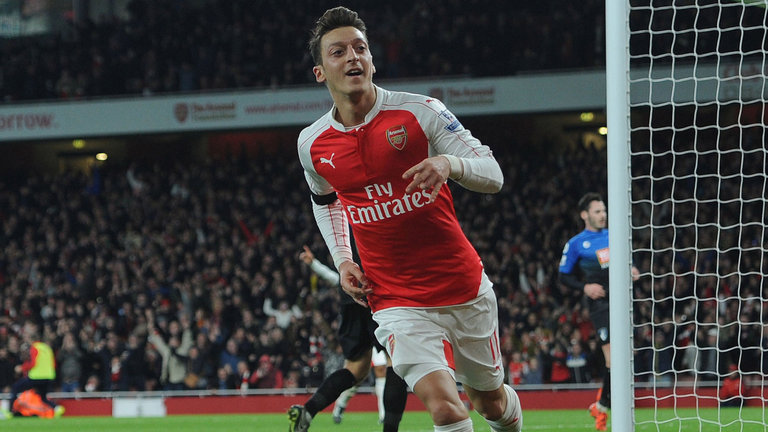 Ozil can change the game at anytime if on form Photo Credit: skysports.com

Player to Watch
This match will almost certainly be about whether Arsenal can raise themselves to the required levels to beat Sunderland or whether they will stall, rather than if Sunderland can outplay The Gunners.

As such the performances of the Arsenal players will be key.
Mesut Ozil is the personification of today’s Arsenal – on his day an absolutely wonderful talent that reduces the most difficult aspects of football to mere simplicity. The German international has had his critics this season, most of which fair, but has still returned his best goal output in an Arsenal shirt this season with 8. When flourishing, Ozil is a dream for forwards and runners from midfield and can place the ball through the eye of the needle at his own whim. When he plays well, Arsenal tend to play well – and if so, they will definitely be too much for Sunderland.

Summary
Arsenal go into this match as massive favourites – their excellent recent form paired with Sunderland’s lack of something to play for and own horrendous form makes this a relatively sure thing for Wenger’s men.

In addition, Arsenal have never lost a home Premier League game to Sunderland – in 15 matches The Gunners have won 10 and drawn 5.
In fact, Sunderland have only beaten their Tuesday night opponents once in all 26 attempts in the Premier League, the solitary victory coming courtesy of a 1-0 win in November 2009.

Olivier Giroud is looking to become only the 3rd Arsenal player to score 50 goals at the Emirates with a goal, and just the 19th to score 100 for Arsenal in all competitions – his strong record of 4 goals in his last 4 appearances against Sunderland means it would be difficult to bet against the Frenchman doing so.