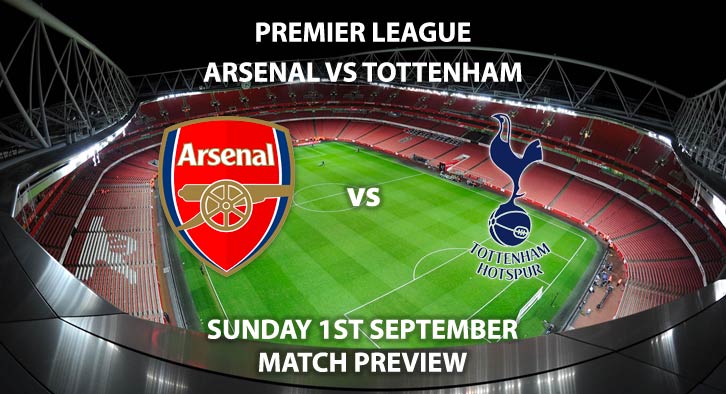 Arsenal and Tottenham go head to head in the first North London Derby of the season with both sides looking to bounce back from defeats last weekend.

The Gunners were comprehensively beaten by Liverpool at Anfield. David Luiz, in particular, had an afternoon to forget, conceding a penalty for a needless shirt pull on Mohamed Salah before getting skinned by the Egyptian for the Reds’ third. Whilst Arsenal have made improvements once again this season, it once again underlined the gulf in class between them and the top two. In midfield, they lacked bite, until Lucas Torreira came on and he also grabbed their late consolation goal.

Last season Torreira was a key figure following his move from Sampdoria. This season, he has struggled for game time so far, much to the bemusement of the Arsenal supporters. He was the match-winner in this fixture last season, an epic 4-2 game that the Gunners edged. After making his full debut against Liverpool, Nicolas Pepe will be hoping to be in from the start again. If Unai Emery recalls Alexandre Lacazette, we could see their potent-looking front three in action for the first time.

Tottenham were humbled at home to Newcastle United on Sunday, as they lost 1-0 to the Magpies. Christian Eriksen, whose future continues to dominate the back of the Sunday papers, was once again left out of the starting line-up, as was Jan Vertonghen. After one of their biggest spending summer’s in the club’s history, all does not seem right behind the scenes at Spurs. Eriksen clearly wants to leave and with a year left on his contract Spurs could lose him for nothing next season.

Mauricio Pochettino does not seem happy with the situation and If Daniel Levy isn’t happy, despite splashing some cash this summer, he could be left without his star creative player and his manager in one week’s time. If Tottenham want to bridge the gap between themselves and City/Liverpool they have to be holding on to their key players. That means offering bigger contracts, with bigger wages, to entice them to stay. Otherwise, they’ll be back at square one. Two steps forward, three steps back.

Martin Atkinson is the referee for this match. The Englishman racked up an average booking points total of 32.8, across 43 Premier League matches last season. With that in mind, I would recommend a maximum of 50+ booking points for this fixture.

A positive result for either side would really lift the spirit around their respective camps. For Tottenham, the Christian Eriksen saga has caused a massive issue for their start to the season. Without him, they lack serious creativity, even if Dele Alli is back fit. As a result, I’m going for a narrow Arsenal win.

Everton vs Wolves will be televised live in the UK on Sky Sports Premier League with kick-off at 16:30 BST.