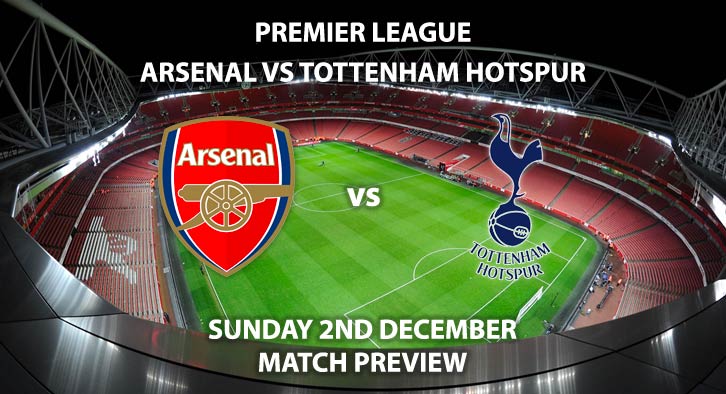 Arsenal vs Tottenham: Arsenal will be looking to defend their 18-match unbeaten run when they host their biggest rivals in the North London derby.

Unai Emery’s side added another two matches to their unbeaten run this week, with wins at Bournemouth and Vorskla Poltava. Their impressive 2-1 win at the Vitality Stadium lifted them to fifth in the table, three points behind their visitors. They are only one point behind Chelsea who occupy the final top-four spot. In midweek, their much-changed side came away with a comfortable 3-0 win, with a number of youngsters on display for Emery’s men. At the weekend, they will be in for a much bigger test. The last time they played one of the big six, against Liverpool, they showed grit and determination, which saw them get a point. They’ll need plenty of that on Sunday, in what is Emery’s first derby. It would be a huge boost for him if they were able to come out on top, even at this early stage of the season.

Tottenham have had a great week, with two big wins. First, they defeated Chelsea at Wembley Stadium, which lifted them above their fellow London rivals. They followed that up with a 1-0 win over Inter Milan, which has kept their faint hopes of qualifying for the Champions League knockout rounds alive. Christian Eriksen’s second-half strike means Mauricio Pochettino’s men will need to match Inter’s result on matchday six, away at Barcelona, in order to progress. In the league, they are now just three points behind Liverpool, having made their best start to the campaign since Pochettino took charge of the club.

Mike Dean is the referee for Sunday’s derby. The Englishman has officiated ten top-flight fixtures this season. In that time, he has accumulated an average booking points total of 44.5, the second-highest in the league. Therefore, I would advise a maximum of 60+ total points for this match.

Arsenal are in great form, given their unbeaten run. I also think Spurs have gone under the radar, especially in the league. Therefore, I’m going for a very tense, entertaining, draw.

Arsena vs Tottenham Hotspur will be televised live in the UK on Sky Sports Premier League HD and kicks off at 14:05 GMT.

Odds and markets last updated on Sunday 2nd December @12:45 GMT. Keep checking back to see if there’s any updates to markets – the time stamp in the previous sentence for when we update tips on this page will be updated.