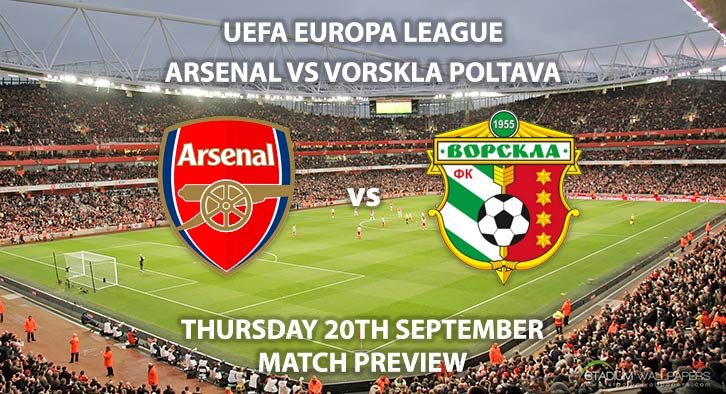 The Gunners followed up their 3-2 win at Cardiff with another win on the road; this time 2-1 against Newcastle. Goals from Granit Xhaka and the returning Mesut Ozil made the difference. Speculation has been rife around the German’s future, although he started their last two games. Unai Emery is well documented for his preferred high-press style of play, which doesn’t suit Ozil’s nature. If he wants to become the exception to Emery’s usual rules, he must put in some stand out performances, which he hasn’t done for some time. There is no doubting that he is one of, if not the most, naturally-gifted players they have. However, his body language can sometimes play against him, creating an impression of laziness. If he can produce more goals and assists, then there is no reason why he cannot remain a key player for Arsenal in the long-term future.

Their opponents, Vorskla finished third in the Ukrainian Premier League last year. This year, their form has dropped – they’ve won just four of their opening eight league games. They have, however, won their last three games, so head into this match with some momentum. Vorskla have failed to score in four of their last five away games in this competition, which underlines how big of an underdog they are for this match. Their main goal threat lies in

Bart Vertenten is the referee for this game. The Belgian official plies his trade in the Belgian first division. He has refereed four league games this season, brandishing 12 yellow cards, and one red. Therefore, I would advise a maximum of 40+ total booking points for this match.

Arsenal should win this game comfortably, although Emery is likely to make wholesale changes. The Gunners’ boss will prioritise the league over this competition, certainly until the knockout rounds, but Arsenal should still progress without any problems.

Arsenal vs Vorskla Poltava will be televised live in the UK on BT Sport 3 with kick-off at 20:00 GMT.

Odds and markets last updated on Thursday 20th September 2018 @09:34 GMT. Keep checking back to see if there’s any updates to markets – the time stamp in the previous sentence for when we update tips on this page will be updated.