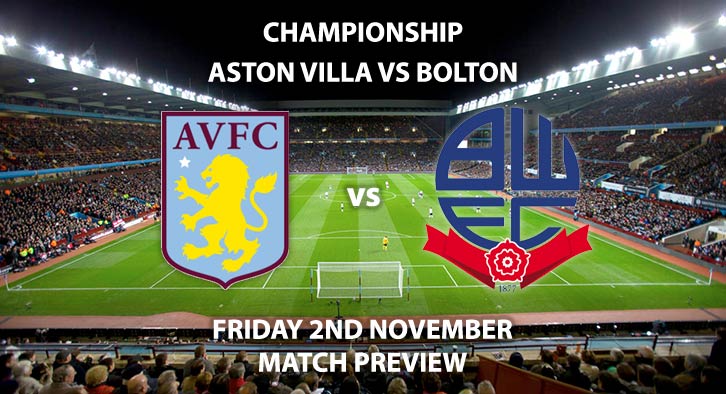 After winning his first game in charge at home to Swansea City, Dean Smith has watched his side lose twice on the road. Those defeats against Norwich and QPR were by just a one-goal margin, which highlights the competitive nature of the division. Those defeats have left Villa 17th in the table, with 18 points from their 15 games. Remarkably, Villa are just three points above the drop zone, but seven off the play-offs. With that in mind, Smith needs a favourable run of results sooner rather than later. Whilst Smith assesses his squad Villa need to pick up more points. At the moment, they seem to have too many options in attack, which makes it hard to know what their best formation or combinations are.

Tammy Abraham has led the line well, scoring four goals in ten games. Jonathan Kodjia, on the other hand, has struggled with just four goals in 16 appearances in all competitions. With the arrival of Abraham, Kodjia has been forced out wide, which is why Villa aren’t seeing the best of him. That again illustrates their issue, with such an abundance of attackers.

Bolton are without a win in five games ahead of this game. In truth, their recent form has been awful, with just one victory in their last 11 league outings. Away from home, they are without a win since 18th September, a run stretching five games. Defeat against fellow struggler Hull City at home was a blow last weekend, which has cranked up the pressure on Phil Parkinson. Thanks to a good start to the season, Bolton sit in 19th but are only two points above the drop zone.

Oliver Langford is the referee for this game. The Englishman has an average booking points total of 22.2, accumulated over nine second-tier matches this season. Therefore, I would recommend a maximum of 40+ total points for this fixture.

Aston Villa are due a win after tow disappointing display. Bolton are in wretched form, which makes this quite an easy prediction.

Aston Villa vs Bolton Wanderers will be televised live in the UK on Sky Sports Football with kick off at 19:45.

Odds and markets last updated on Friday 2nd November @16:40 GMT. Keep checking back to see if there’s any updates to markets – the time stamp in the previous sentence for when we update tips on this page will be updated.