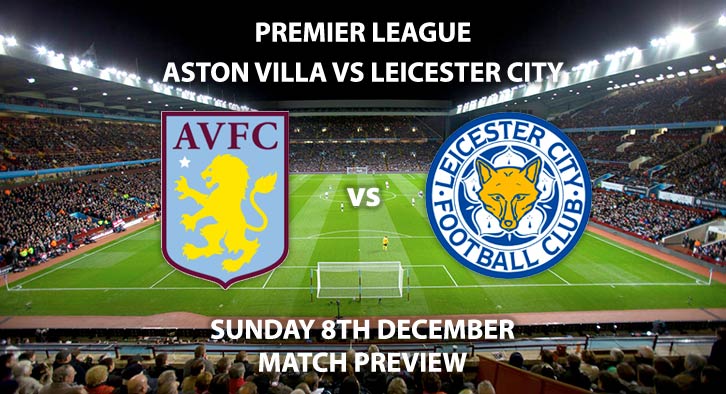 Aston Villa return to Villa Park this weekend as they host high-flyers Leicester City in the Premier League on Sunday afternoon.

Dean Smith’s side suffered midweek defeat to Chelsea at Stamford Bridge, but will be hoping for more this time round against the divisions in-form team.

Prior to the loss against Chelsea, Villa had picked up four points from their last two encounters, drawing away to Manchester United before their triumph over Newcastle United at Villa Park. Villa are currently placed 15th in the league.

Leicester picked up another win in midweek, overcoming Watford 2-0 at the King Power on Wednesday night, their seventh consecutive win in the Premier League. Brendan Rodger’s side are currently 2nd, eight points behind leaders Liverpool, but three ahead of Manchester City. The Foxes are daring to dream again.

Leicester’s impressive run has seen an outstanding goal return from frontman Jamie Vardy. Vardy has scored in each of his last seven games and will be hoping to do so again this weekend. The Englishman is on track to reach his own Premier League milestone, which he set back in the 2016/17 season, where he scored in eleven consecutive matches. Could lightning strike twice?

The referee for this encounter is Michael Oliver. The 34-year old has overseen thirteen Premier League matches so far this campaign, accumulating a total of forty yellow cards. This considered I would recommend a maximum of 50+ booking points for this fixture. Oliver is yet to take charge of a Premier League game involving Leicester but did oversee Aston Villa’s 2-0 home win over Everton in August, where he awarded five yellow cards.

This match will be shown live on Sky Sports Premier League, with kick-off scheduled for 14:00 GMT on Sunday afternoon.