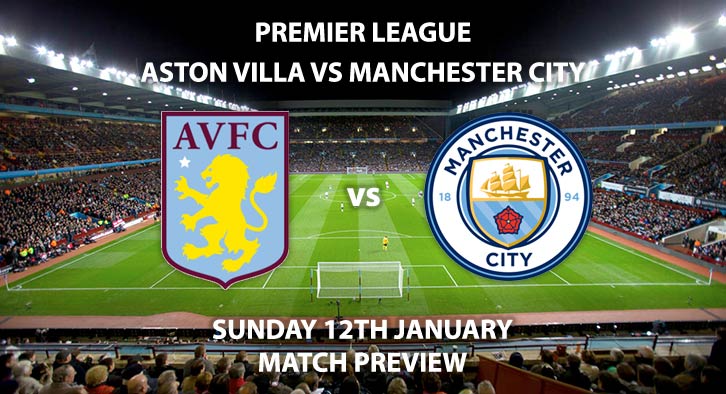 Aston Villa return to Villa Park on Sunday afternoon as they host Manchester City in the Premier League.

Both sides will be keen to return to Premier League action following their recent exploits in the domestic cup competitions. Both sides picked up promising midweek results in the Carabao Cup, Villa drew 1-1 away to Leicester, meanwhile Manchester City cruised to a 3-1 win over neighbours Manchester United.

Villa currently sit 17th in the league and are only one point above the relegation zone. Dean Smith’s sides form of late has been inconsistent and have lost five of their last eight Premier League matches. Villa were 2-1 winners in their last Premier League outing over Burnley.

Their win came at a cost however following the injuries sustained to striker Wesley, and Goalkeeper Tom Heaton. Both have since been ruled out for the remainder of the season, which has prompted Villa to consider dipping into the January transfer market for replacements.

The referee for this fixture is Jonathan Moss. The 49-year old has taken charge of fourteen Premier League matches this season and has awarded fifty-five yellow cards, and two red cards. This considered I would recommend a minimum of 30+ booking points for this fixture.

Aston Villa vs Manchester City will be televised live in the UK on Sky Sports Main Event with kick off at 16:30 GMT.