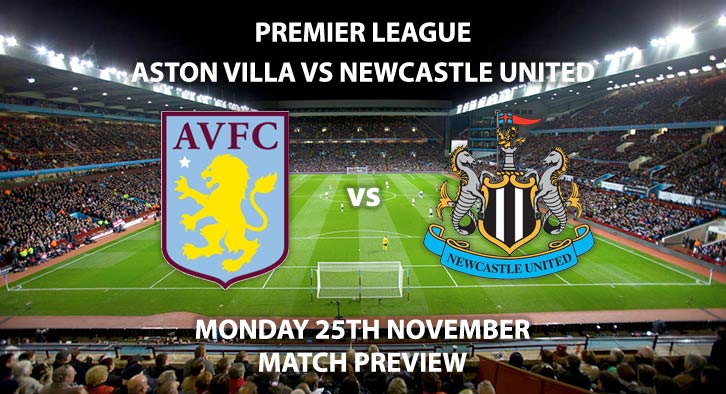 Struggling Aston Villa are in need of a win as they currently sit 17th with two losses on the bounce. Meanwhile, Newcastle have found some surprising form with three wins from their last five and are 13th – seven points from the drop zone.

Aston Villa are priced at 11/10 to win the match on SkyBet and turnaround their recent poor form. Dean Smith has found out just how hard this league is since promotion, but this match is a must win for Villa. The worrying sign for the Villians is that they have gone their previous nine matches in all competitions without a clean sheet. Both teams to score is priced at 4/6.

Going forward, summer signing Wesley Moraes has got four goals this season and is growing into his role as the lone target man. He is 9/2 to score first.

Newcastle United are priced at 12/5 to win and claim their third away victory of the season. Steve Bruce is starting to see his vision come to life with his athletic front three and the fans are starting to get off his back. They have been free scoring from all over the pitch and got recent scalps against West Ham and Bournemouth. Incredibly, no Newcastle player has scored more than twice.

However, Allan Saint-Maximin has been a free spirit in the Toon attack and is getting closer to scoring his first goal. He is priced at 7/2 to score anytime and open his Newcastle account.

The referee for this match will be Lee Mason. The official has not been too shy with his cards this season and has averaged 45 booking points per match. Villa’s Trezeguet has racked up four cards so far this campaign and is priced at 7/2 to be carded.

Aston Villa vs Newcastle United will be televised on Sky Sports Main Event HD and kicks off at 20:00.

– Both of these sides have strengths in similar areas – it’s tough to separate them.