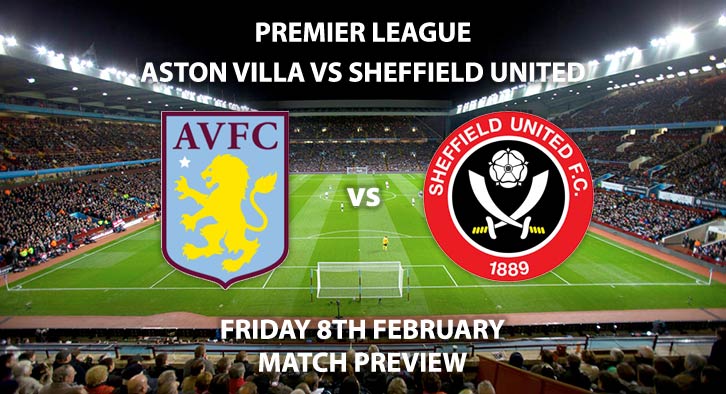 Aston Villa vs Sheffield United: The blades will be hoping to close the gap on the automatic promotion places when they travel to Villa Park on Friday night to take on Aston Villa.

The Blades moved to within three points of the top two after their 2-0 win over Bolton at the weekend. Norwich’s victory over Leeds means the Blades sit on 54 points, with the top two level on 54 points. After seemingly looking set for a play-off spot, Chris Wilder’s side have hit a strong run of form. A run of one defeat in seven – and five wins – has shot them into third. A strong January transfer window has also bolstered their squad, with Scott Hogan, Gary Madine and Kieran Dowell all joining on loan. With Billy Sharp and David McGoldrick – who grabbed both goals against the Trotters – still firing on all cylinders, there is real competition for places in the United squad. At the other end, they possess the third best defence in the league.

Aston Villa are struggling to get any sort of momentum going. Dean Smith’s men are ninth in the table, four points outside the top six. Villa’s main Achilles heel has been their defence this season, so they will be boosted by the addition of Tyrone Mings. The on-loan Bournemouth defender kept a clean sheet on his debut at Reading at the weekend but was involved in a controversially incident with Nelson Oliveria. Mings won’t receive any retrospective action, luckily for Villa. Villa have won just one of their last six games in all competitions – drawing their last three of their last four league home matches 2-2. They need to start turning these draws into wins, or they will miss out of the play-offs, which would be a major disappointment.

Tony Harrington is the referee for this fixture. The Englishman has officiated 11 second-tier matches this season. In that time, he has accumulated an average booking points total of 30. Therefore, I would advise a maximum of 50+ total points for this fixture.

Sheffield United are in good form but aren’t quite as strong on the road as they are at Bramall Lane. Contrastingly, Villa are seeking to find some form at home. As a result, I think the Blades might edge this one, but I wouldn’t be shocked to see another draw.

Aston Villa vs Sheffield United will be televised live in the UK on Sky Sports Football with kick off at 19:45 GMT.

Odds and markets last updated on Friday 8th February 2019 @18:24 GMT. Keep checking back to see if there’s any updates to markets – the time stamp in the previous sentence for when we update tips on this page will be updated.