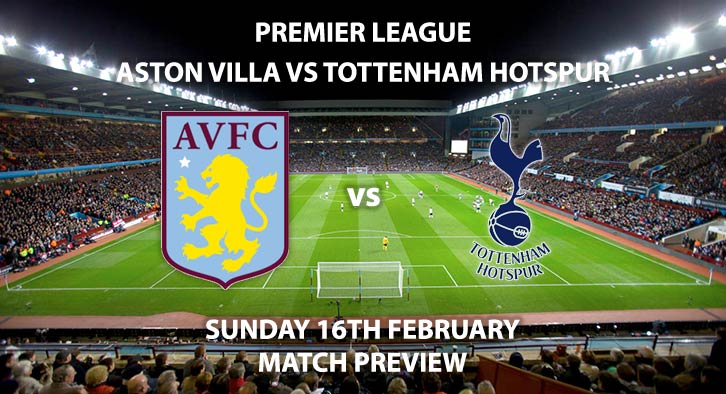 The hosts find themselves deep in the relegation battle in their first season back in the topflight. They are currently 17th – just one point from the drop zone. The visitors are avidly hunting down a Champions League spot as Jose Mourinho’s influence is having a positive effect on the pitch.

Aston Villa are priced at 3/1 by SkyBet to win the match and pull off a huge victory at home in their bid to survive relegation. Villa suffered another setback in their last outing against Bournemouth as they slipped further into the battle for survival. They are a side that have fight and quality in talisman Jack Grealish.

New signing Mbwana Samata got on the scoresheet on his debut and is priced at 12/5 to score anytime and make an instant impact at Villa Park.

Tottenham are priced at 4/5 to win the match and build from their impressive victory last time out. Spurs are in great form across all competitions and most recently in the Premier League, they beat Manchester City 2-0. New signing Steven Bergwijn got on the score sheet as Mourinho’s side looked a force in attack.

Son Heung-Min has filled the injured Harry Kane’s boots well and is priced at 6/4 to score anytime. He will likely start up front.

The match will be televised on Sky Sports Premier League HD and kicks off at 14:00.

– It will be a tight match but with both teams well rested, Spurs’ qualities will outshine those of the fighting Villains.