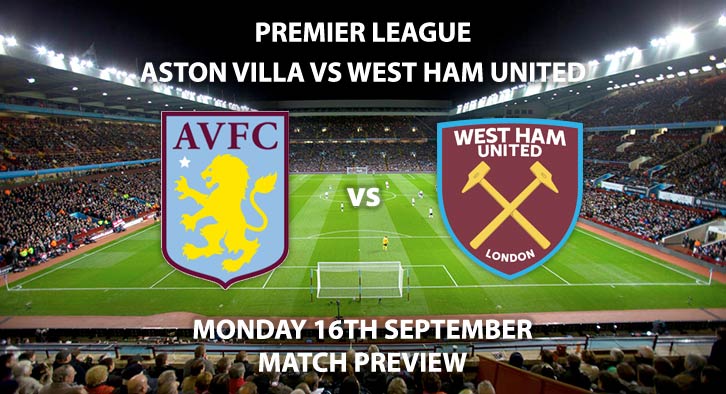 Both sides entered the International break with contrasting results. Villa were on the end of a harsh refereeing decision as they were defeated 1-0 to Crystal Palace, meanwhile the Hammers extended their unbeaten league run to three matches, defeating Norwich 2-0 at the London Stadium.

After a slow start to his West Ham career, club record signing Sebastien Haller has really come to the fore in recent weeks.  The German netted his first goals in Claret and Blue in the 3-1 away win at Watford before striking on home soil in the win vs Norwich. With three goals in his last two appearances, Haller is priced at 7/5 on SkyBet to score on Monday night. In the 2018/19 Bundesliga season, Haller won more aerial duels than any other player (201). Haller to score a header is priced at 10/1 on SkyBet.

Return to life in the Premier League has been somewhat of a mixed bag for Dean Smith’s Aston Villa side. His team enter Monday nights encounter with only one win under their belt, and currently sit 18th in the Premier League. Goals have too been an area of concern for Villa, scoring only three times in their opening four matches; twice in the win over Everton. Aston Villa to score 2+ goals is priced at Evens on SkyBet.

Both sides have been involved in VAR controversy this season, with some decisions having more of an effect than others. Villa most notably were on the wrong end of a VAR decision in their defeat to Crystal Palace, a decision described by pundit Jermaine Jenas as ‘The worst he’s seen in the Premier League era’. SkyBet are offering odds of 5/4 for a refereeing decision to be overturned by VAR.

The last time these two sides met came in Villa’s last stint in the top-flight, in the 2015/16 season. West Ham ran out 2-0 winners on the day. A repeat scoreline is priced at 14/1 on SkyBet.

Mike Dean takes charge of Monday Nights clash, and he has appeared four times already this season. Renowned for his unique mannerisms and referring style, Dean has awarded 15 yellow cards in the league already this season, and one red card. I would recommend a minimum of 30+ booking points for this fixture.

Monday Nights fixture will be shown live on Sky Sports Premier League and kick off is scheduled for 20:00 BST.