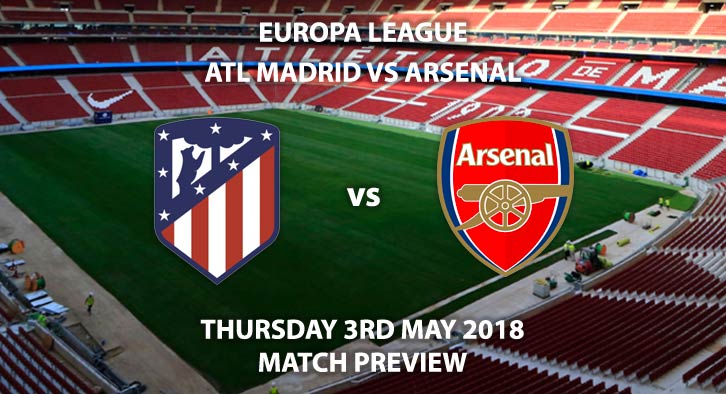 Atletico Madrid vs Arsenal: Arsenal take a trip to Spain to face Atletico Madrid with both sides looking to book their place in the final of the competition.

Atletico come into this game as favourites, following their 1-1 draw at the Emirates last week. Despite being reduced to ten men after just nine minutes, Diego Simeone’s men left London with a crucial away goal. Whilst Antoine Griezmann grabbed the goal, the plaudits fell on the shoulders of Jan Oblak. The Atletico stopper proved why he is one of the world’s best with a string of impressive saves to keep his side level. In addition to Oblak’s brilliance, Atletico defended manfully to deny the Gunners. Diego Godin, in particular, stood out as he led his side to a fantastic result.

In true Arsenal fashion, Arsene Wenger’s side managed to throw away a goal advantage against ten men. The Gunners allowed Griezmann to catch them on the break and score what could be a pivotal away goal. The goal itself illustrated the difference between the two sides; Atletico are renowned for their defensive prowess, whereas Arsenal crumble at the first sign of trouble. A bright spark from the first leg was another goal for Alexandre Lacazette. Since returning from injury the Frenchman has rediscovered his goal-scoring touch. With four goals in his last three games, he appears to be finding his feet in the capital.

Gianluca Rocchi is the referee on Thursday night. The Italian could be a good omen for the Gunners, with no English team yet to lose in a game he has officiated. In Serie A he has averaged five cards per game, showing 69 yellow cards in 15 matches. As a result, I would avoid going big on booking points for this tie. I’d advise a maximum of total 40+.

This game is hard to call. I wouldn’t expect many goals, with it being such a tight match. I think Atletico might nick it, with Arsenal needing to score. Griezmann to score anytime would be my selected bet for this game, as both sides fight it out for a place in the final.

Atletico Madrid vs Arsenal will be televised live in the UK on BT Sport with kick off at 20:05.

Keep visiting the tips and preview area for further updates and betting previews around this weekends domestic action in the Premier League and Championship.