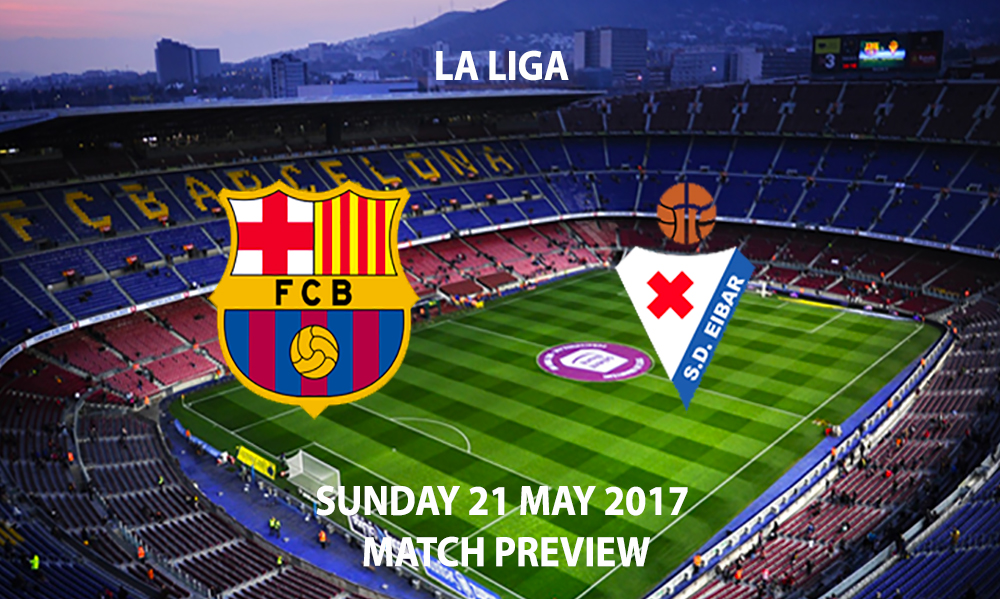 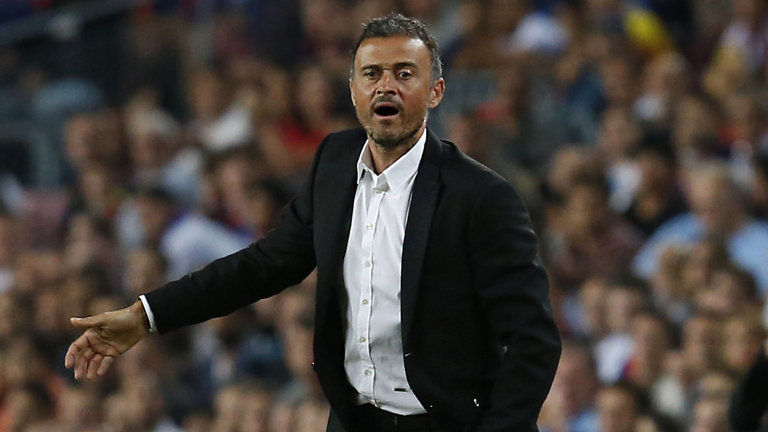 Luis Enrique will want to end his time at Barcelona with the league title Photo Credit: skysports.com

Luis Enrique is seeking a 3rd consecutive La Liga title on the last day to end his supremely successfully reign as manager of Barcelona.

Real Madrid need just a solitary point at Malaga to clinch their first title since the Jose Mourinho led triumph of 2011/12. Barcelona have won 15 of their last 17 league matches – including a 3-2 victory against bitter rivals Real Madrid at Santiago Bernabeu – but dropping points against lesser teams earlier in the campaign may prove to be costly. However, should Los Blancos capitulate at the final hurdle then Barca will be on hand to pounce like a predator – with trophies their prey. Only victory will suffice for the Catalan giants.

Club legend Luis Enrique announced earlier in the season he would be standing down as boss at the end of the campaign. Irrespective of what happens today, he will leave behind the type of victorious legacy befitting of a club deeply entrenched in glory.
8 trophies in his 3 years to date, including a marvellous treble in his first season in 2015, claiming a 25th top division title would be an apt departure.

Enrique will, however, look back on what has unquestionably been a season mainly shrouded in failure by Barcelona’s outrageously demanding standards. Discussions regarding the cause of the failure have been extensive; whether it be the tactics employed, the poor dealings in the transfer market, or an overreliance on a certain Lionel Messi – there is an unsettling aura permeating the club at present.

Despite the miraculous Champions League last-16 come-back against PSG; Juventus ruthlessly dispatched Barca at the next stage in the quarters, winning 3-0 on aggregate. Seemingly now, the only chance of silverware is in the Copa Del Rey final against Alaves next week.

Eibar are seeking a win that would leave the club with an incredible 8th place finish – the highest in the club’s history – so have something to play for themselves. They come into this tie in poor form; only winning one of the last 6 and losing 4 in that period. Regardless, it has been a fantastic season for the Basque club.

Team News
Defensive stalwart Gerard Pique is still struggling for full fitness so is a doubt, making the continued absence of fellow centre-back Javier Mascherano even more pertinent.
Sergi Roberto, however, is back in contention and looks set to go straight back into the starting line-up.

Eibar will be without Fran Rico, Antonio Luna and Nano, whilst also still monitoring the fitness of Takashi Inui.
Pedro Leon and Sergi Enrich should both play though.

Lionel Messi is arguably the best player in the world Photo Credit: skysports.com

Players to Watch
The superlatives have been exhausted when describing Lionel Messi. The Argentinian’s graceful dominance of the beautiful game still shows no signs of faltering – displayed by the remarkable (yet expected) tallies of 51 goals and 18 assists in 50 matches this campaign (35 goals and 12 assists in 33 league matches). A fourth pichichi is undoubtedly heading Messi’s way but that will not quell his insatiable hunger for trophies, only claiming victory over Eibar and (with luck) consequentially the La Liga title will do so. If Barcelona are to somehow achieve that feat, it’s almost a certainty that the diminutive forward will be of central importance.

Pedro Leon will be a name many Real Madrid fans are familiar with, as he once graced the turf of the Bernabeu – but to no avail. Several years on and Pedro Leon now finds himself as a key player in a promising and relatively successful Eibar side. This year in particular has showcased the ability that once prompted Real to fork out just shy of £10m for his services. The winger has found the net 10 times this campaign and also added a further 6 assists – he would love to put one over his old club’s bitter rivals with more performances of that ilk come kick-off.