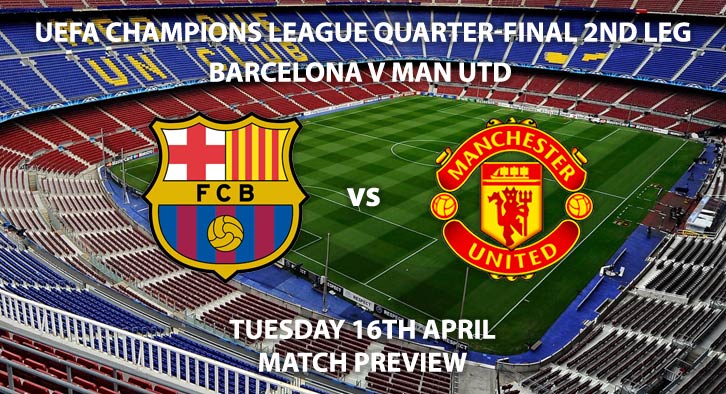 Ole Gunnar Solskjaer’s men have it all to do in Barcelona after losing the first leg 1-0 at Old Trafford. The Red Devils had a similarly tough uphill task in the last round, beating Paris Saint-Germain 3-1 away after a 2-0 home defeat. This time around, things will be even harder, with Messi and Co in fine form. United got their league campaign back on track at the weekend, although it was an unconvincing performance. West Ham were on the receiving end of an unfortunate 2-1 defeat, despite having a goal incorrectly ruled out and hitting the woodwork several times. If Manchester United are to do the unthinkable once more they will have to be much better than their showing against the Hammers. Marcus Rashford’s pace on the counter-attack could be key, alongside Jesse Lingard and Anthony Martial in attack. The Englishman was rested at the weekend, replaced by Romelu Lukkau.

It is now over four and a half years since Bayern Munich triumphed 3-0 at the Camp Nou in the second leg of their 7-0 semi-final blow-out, on May 1st 2013, Barcelona’s last home defeat in the Champions League. That highlights the monumental size of the task handed to Solskjaer’s side and one of the reasons the bookies have Ernesto Valverde have placed Barcelona as 5/2 favourites to win the competition. Barcelona made ten changes for their win over Huesca at the weekend as they drew 0-0. Despite dropping points, the Catalonia giants still hold a nine-point lead at the top of La Liga with six game to play.

Although United achieved a miracle in Paris, I don’t see them having the same luck this time around. They’re going to have to go for it at the Camp Nou, which could leave them exposed defensively.

Barcelona vs Manchester United will be televised live in the UK on BT Sport 2 with kick off at 20:00 GMT.

Odds and markets last updated on Tuesday 16th April 2019 @18:29 GMT. Keep checking back to see if there’s any updates to markets – the time stamp in the previous sentence for when we update tips on this page will be updated.