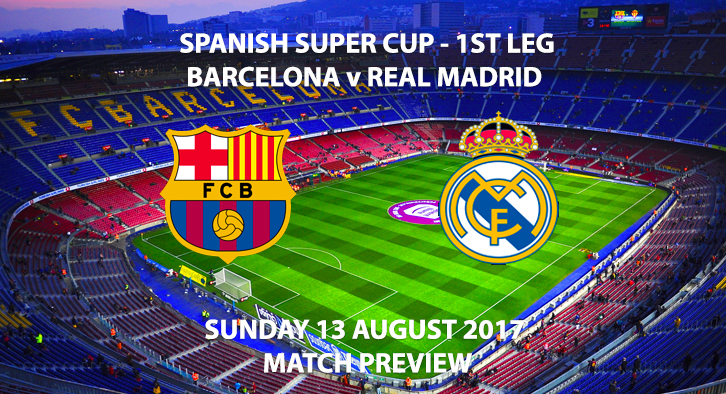 Barcelona vs Real Madrid – Match Preview – El Clasico returns to our television screens rather early in the season as it is the Super Cup final between Barcelona and Real Madrid. The two titans of Spanish football will face off over two legs before the La Liga season gets underway on the 20th August.

Nou Camp is the home for the first leg of the Super Cup final, where Barcelona will face their first competitive test without Brazilian winger, Neymar. If you haven’t heard of Neymar’s departure you should get out from under that rock of yours as the tricky forward was sold to PSG for a record breaking £198 million. Astonishing.

Real Madrid are fresh from their UEFA Super Cup victory over Manchester United. Casemiro and Isco’s goals were enough to overcome the English outfit, however plenty of off the field talk has dominated the papers. Following the Neymar departure, many football fans then turned their attention to Welsh winger, Gareth Bale and many speculated on where his future lies.

Bale started the match whilst Cristiano Ronaldo took a seat on the bench. The winger has insisted his future remains in Madrid, however he has been amidst rumours of a transfer ever since he got to the Bernabeu. 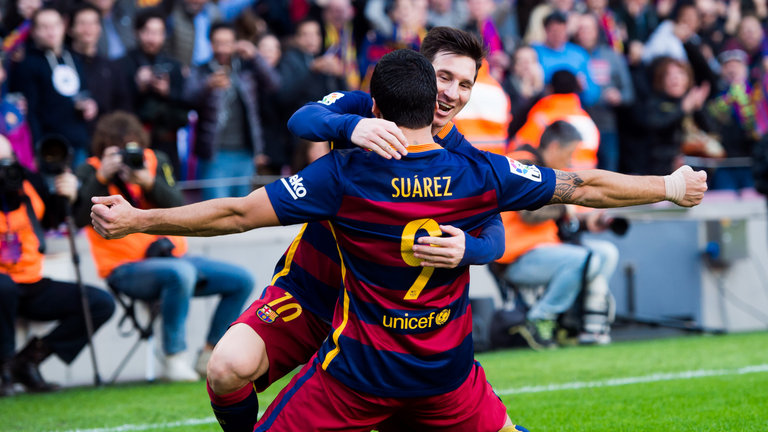 Messi and Suarez will have the burden of providing goals since Neymar’s departure to PSG Photo Credit: skysports.com

Barcelona will look to begin their domestic campaign with an important home victory in the first leg of this Super Cup final. The Catalans will however also be looking to get their revenge on their Spanish rivals in La Liga to reclaim the league title after Real Madrid won the impressive Champions League and La Liga double in 2016/17. Can the Catalans get an ideal win in the first leg? 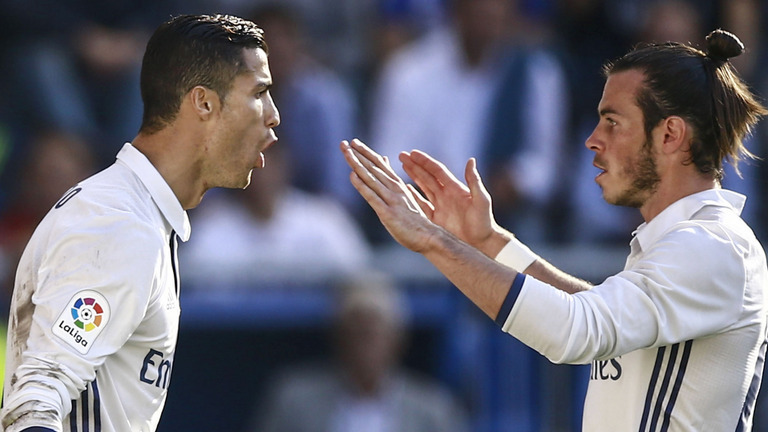 Ronaldo and Bale will hope to win the League again with Madrid Photo Credit: skysports.com

As aforementioned Real Madrid will look to hit the ground running domestically following their UEFA Super Cup victory. Zinedine Zidane has impressed since taking over the throne at the Bernabeu and many believe he will replicate that success once more this season.

With the only major departure so far being Alvaro Morata to Chelsea for £70 million, he can count himself lucky to still have players such as Cristiano Ronaldo, Luka Modric and Sergio Ramos in his arsenal. The shared feeling is that Zidane would be happy with a draw at the Nou Camp as he will have confidence his players can overcome a Neymar-less Barcelona back in Madrid for the second leg. But will Madrid continue to showcase their ruthless, clinical edge?