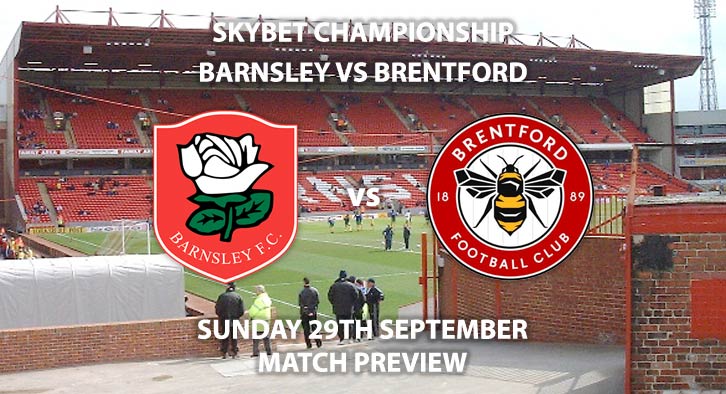 If recent meetings are anything to go by between these two, Brentford will be full of confidence ahead of the fixture. Thomas Frank’s side are unbeaten in the last four meetings against Barnsley, and have not lost to them since 2006, when both sides were competing in League 1. In them last four meetings, BTTS has landed in only 1/4 of the encounters; SkyBet are offering odds of a Brentford win and BTTS at 3/1.

Ollie Watkins is Brentford’s top scorer so far this season and has netted four times in the league. The 23-year old has extra responsibility this season following the departure of Neil Maupay, who joined Premier League outfit Brighton. Maupay enjoyed a successful final season with the Bee’s on a personal level, he finished joint 2nd with Tammy Abraham and just below Teemu Pukki who scooped the 2018/19 Championship golden boot. The Frenchman notched 25 times for Brentford before his big move to England’s top-flight, and now the expectancy rests partly on Watkins young shoulders to contribute similar numbers this season. SkyBet are offering odds of 7/2 for Watkins to score first.

The referee for this weekends encounter is David Webb. The 41-year old has taken charge of six matches so far this season, administering seventeen yellow cards in the process. This considered, I would recommend a maximum of 40+ booking points for this fixture.

This match will be broadcast live on Sky Sports football and kick off is scheduled to take place at 13:30 BST.

Prediction: Both sides will be desperate to get a win this weekend and pull away from the teams surrounding them in the relegation places. I am expecting a very tight, cagey affair but I fancy Brentford to get a much-needed win.