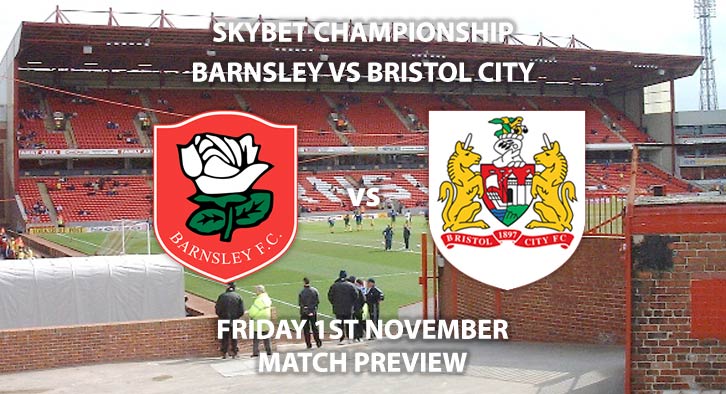 These two sides have had contrasting campaigns to date – with the visitors in a much stronger position. Barnsley are currently rock bottom of the Championship table with eight points from 14 matches. Meanwhile, Bristol City are in the play-off hunting pack and currently sit sixth with 24 points.

Barnsley, who are in dire need of a victory, are priced at 15/8 to win the match by SkyBet. Since parting ways with manager Daniel Stendel, the club have shown some signs of improvements and grasped impressive score draws with Swansea City and West Brom. However, they look in real trouble of relegation this season.

Despite all the dismay and disappointment this season, Cauley Woodrow has still managed to shine in the Barnsley attack. Woodrow has five goals so far this season and will be the most likely to cause Bristol a headache with his dribbling skills and ability to find pockets of space between defenders. He is priced at 9/5 to score anytime.

Bristol City are priced at 13/10 to win on Friday night. Lee Johnson’s side have been an impressive, organised outfit so far this season. Whilst they are not setting the league alight, they are proving they have a real shot at the play-offs. However, their last match on the road did not go to plan as they lost 3-0 at Luton Town.

Going forward, Andreas Weimann has been his usual, industrial self. The striker has five goals and two assists this season. He is priced at 9/2 to open the scoring.

The referee for this match will be Jarred Gillett. The official has averaged 40 booking points in his six second tier matches so far. With the hosts feeling the pressure of the relegation battle, I would expect a fierce showing against an abrasive team.

Barnsley vs Bristol City will be televised on Sky Sports Football HD and kicks off at 19:45.