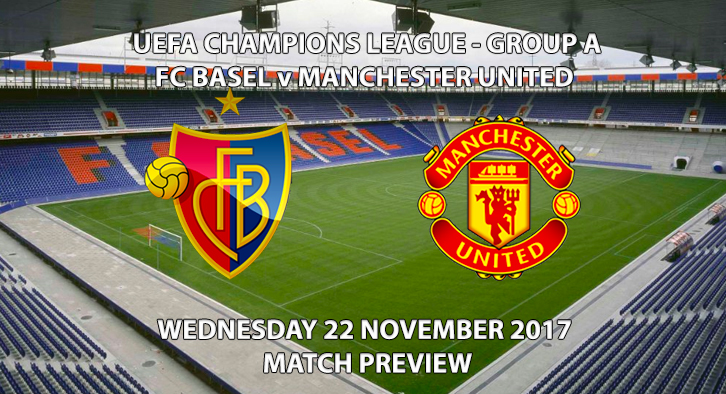 With a 100% record of four wins from four matches so far, Jose Mourinho’s side have put themselves in the most commanding of positions in Group A – FC Basel and CSKA Moscow are the nearest challengers with six points with just two games remaining.

The Red Devils go into this game hot after returning from the international break with a dominant performance on the weekend against Newcastle United, winning 4-1 after going a goal behind with Romelu Lukaku, Anthony Martial and the returning Paul Pogba all getting on the scoresheet.

The other game in this group sees CSKA Moscow take on the disappointing, pointless Benfica – as the Russians and FC Basel battle it out for the inevitable last remaining qualification spot.

The Swiss champions have proven themselves to be stern opposition in this year’s Champions League – most notably with an astonishing 5-0 victory over Portuguese champions Benfica. The 2-0 win in Russia against CSKA was also impressive.

Raphael Wicky’s team are unbeaten in eight league matches but find themselves in 2nd place – already eight points behind the runaway leaders Young Boys. With the high expectations at the club, especially domestically, this could mean that an impressive showing in Europe has the potential to define FCB’s season.

The reverse fixture this term saw a comfortable 3-0 win for The Red Devils, but the 20-time English champions will be keen to rectify the result the last time they came to St. Jakob-Park – where FC Basel came away with the points in a game that finished in a 2-1 reverse for United. It seems very unlikely such a result will be repeated, as Mourinho’s side are resolute and show little sign of complacency.

A United win with a clean sheet is very possible, as they top our clean sheet club stats table with the most shutouts in the Premier League this season – a huge total of eight in 12 matches in fact and with clean sheets in 50% of their league away matches. 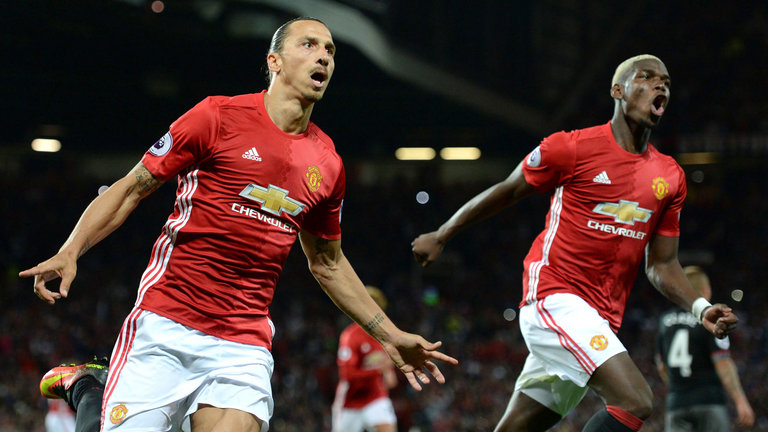 Pogba and Ibrahimovic could feature against Basel Photo Credit: skysports.com

The game against Newcastle would have been particularly pleasing for Jose Mourinho, as it saw the return of key man Paul Pogba to the starting line-up. Zlatan Ibrahimovic also made a surprising premature come-back from knee ligament damage to get 15 minutes of action. Marcos Rojo also made it on to the bench, and all three are likely to feature again.
Eric Bailly, Phil Jones and Michael Carrick are all doubts after missing the 4-1 victory, however.

The match will be officiated by Daniele Orsato, in his first Manchester United game since 2012 where FC Cluj shocked the world by beating United 1-0.
Expect yellow cards – the Italian referee has given out a massive 23 of them in his last three games.

On our club card stats, United only average 15 card points per game, 13th  in the Premier League. To put it into context, Mourinho’s team have only been awarded 18 yellow cards this term at a rate of 1.5 per match compared to West Ham who have garnered 28 yellow cards and two red cards and earned themselves an average of 27.5 cards points per match.

A more accurate bet could be placed on United obtaining corners, the red of Manchester top our club corner stats table for corners awarded – no side topping their 84 so far this season at a very high average of 7.0 per game.