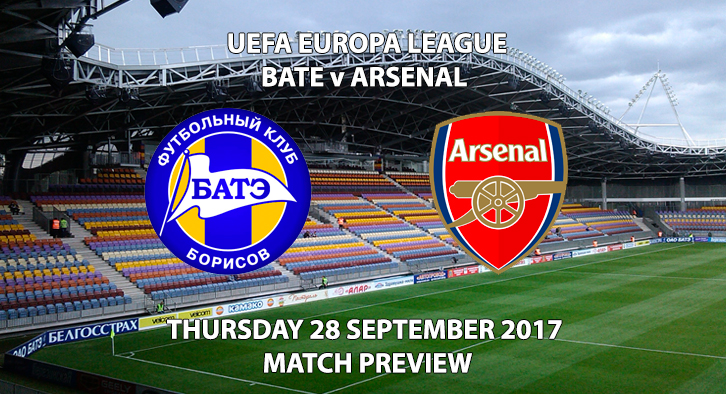 BATE vs Arsenal – Europa League Preview – Arsene Wenger says, ‘there is room for us to be different’ as he decides on a much-changed team to face BATE Borisov in matchday 2 of Arsenal’s maiden Europa League campaign.

The Gunners face a daunting 2400-mile return trip to Belarusian BATE Borisov, and with a lunchtime kick-off against Brighton at The Emirates on Sunday, the youthful side will have a stern task on their hands in looking to continue their turnaround in form after a difficult start to the season.

After a sticky start at home in the opening fixture against FC Koln in which Columbian Jhon Cordoba opened the scoring with an exquisite long-range effort, an Alexis Sanchez inspired Arsenal toppled the Germans 3-1 to get back on track.

That is somewhat indicative of the season to date, granted the North-London side ‘just’ crawled over the line with two late strikes to win 4-3 against Leicester in the first match of the season. However, losing to both Stoke and Liverpool 1-0 and 4-0 respectively (the latter of which being a demolition) brought the return of the ‘Wenger Out’ parade in force. Solid performances and results in victories against Koln, Bournemouth, Doncaster and West Brom whilst earning a very good draw at Stamford Bridge have seen a steadied ship – for now.

Finishing 5th, and hence qualifying for the Europa League instead of the Champions League, last season’s Premier League campaign was a massive underachievement and anything less than strolling to 1st in this group and seriously challenging to win the tournament (and automatically qualifying for the UCL in the process) will be seen as failure.

BATE earned a 1-1 draw at Red Star Belgrade last time out, which does once again create an opportunity for The Gunners to already start pulling away at the top of the group. Such away trips to first Belarus and then Serbia will do nothing to help the challenge on the domestic front, however.

Vast rotation is expected, with Reiss Nelson, Jack Wilshere and Ainsley Maitland-Niles all coming in as senior players are rested. Mesut Ozil is likely to play a part whilst still fully recovering from a knee injury and David Ospina will again be used as the cup goalkeeper. 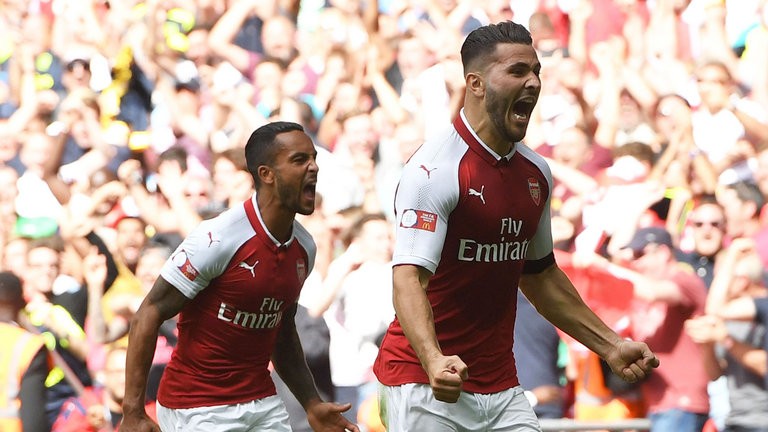 Kolasinac has shown his worth to the Arsenal squad Photo Credit: skysports.com

Whilst difficult to predict exactly who Arsene Wenger will rest for this clash, after Sead Kolasinac’s wonderful volleyed equaliser and performance in the last matchday, the Bosnian will surely have a large role. The versatile 24-year-old has proven to be an excellent piece of business for Arsenal so far this season since his arrival on a free from Schalke, lining up in both central defence and left wing-back to good effect. Additionally, the 20-times-capped man has added vital goals to the side, with the equaliser on his debut in the 2017 Community Shield against Chelsea and another as previously mentioned v Koln. Watch out for his supreme physical presence and wand of a delivery with his left foot.