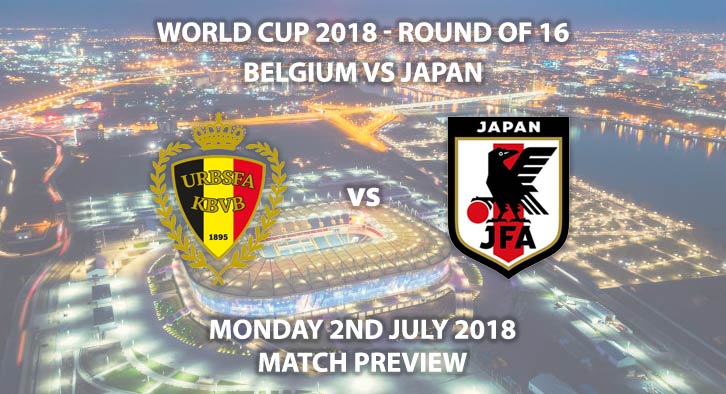 Belgium vs Japan – The Red Devils enter the game with a perfect record with three wins from three matches. Meanwhile Japan impressed during their first two outings but suffered a 1-0 loss to Poland in the last group stage match. Japan only qualified through FairPlay rules.

Roberto Martinez made nine changes for Belgium’s last group game against England, where they came out 1-0 victors. Adnan Janujaz provided a moment of magic to break the deadlock. Striker Romelu Lukaku was announced not fit to play the match however the injury does not seem too serious. They are sure to line-up with a much stronger eleven and are priced at 2/5 by SkyBet to win the match.

Japan have been the surprise nation at the tournament so far. Nobody expected them to reach this round, however their opening win against Columbia proved crucial to their bid. The Japanese have illustrated their rigid tactics and their clinical nature in attack. Shinji Kagawa and Takashi Inui have been stand-out performers on the counter attack. They enjoy keeping the ball and have managed more possession than their opposition in all their World Cup matches. They are priced at 15/2 to provide a shock.

Eden Hazard has been his usual tricky self so far, using his dribbling ability and low centre of gravity to kick start some devastating attacks for the Belgians. The Chelsea forward is priced at 7/2 to break the deadlock.
Yuya Osaka will be Japan’s best chance at a goal as he will likely spearhead the attack. The FC Koln striker is 10/3 to score anytime.

The referee for this match will be Senegal’s Malang Diedhiou. Neither side have been too abrasive in their style of play but have seen a few cards. Belgium have racked up five yellow cards whilst Japan have seen four. Malang Diedhiou has officiated two games so far this World Cup with an average of 30+ booking points in each.

Belgium vs Japan will be televised live in the UK on BBC 1 with kick off at 19:00.

Don’t forget – we will be previewing as many if not all the FIFA 2018 World Cup Group Stage games. Keep visiting Tips and Previews ahead of games to get our suggested tips and correct score picks for the games.Tips updated at 13:25 GMT on 2nd July 2018.