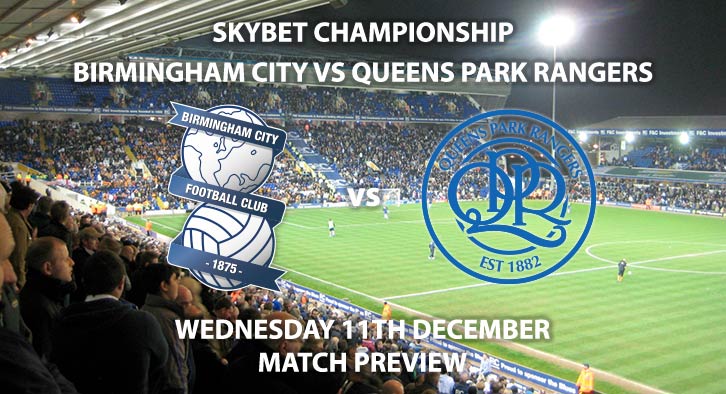 The Blues are unbeaten in four league matches – with three of them 1-1 draws against decent opposition. Meanwhile, QPR turned their form around with a victory over Preston North End in their previous outing and will fancy their chances against this Birmingham side. Both sides are on 28 points – with Birmingham boasting a better goal difference.

Birmingham City are priced at 13/10 to win the match by SkyBet and continue their unbeaten run. The Blues are going steady under Pep Clotet this season and are comfortably midtable. They have failed to win their last two home matches, however, and QPR offer a tricky evening for the midlands outfit.

Going forward, it is no secret they are missing Che Adams who left in the summer for Southampton. Spanish signing Alvaro Giminez has three goals so far this term and is finding his feet at St Andrews. He is priced at 15/8 to score anytime.

QPR are priced at 2/1 to win the match and leapfrog their opponents in the league table. The London club went through some torrid form recently but turned it around with an impressive win against Preston. If you want exciting Championship football, look no further than Eberechi Eze – who is being eyed up by plenty of Premier League clubs.

The attacker is a joy to watch and will be feared by the Birmingham defence. He has nine goals and four assists this season and is priced at 11/4 to score anytime; a great price.

The referee for this match will be Darren Bond. The official has been more than happy to reach into his pocket this season and has averaged 40.5 booking points from his 11 second division matches this season.

– The score line is boosted to a massive price and is realistic. The visitors have more quality in forward areas and the hosts do struggle to score many goals.