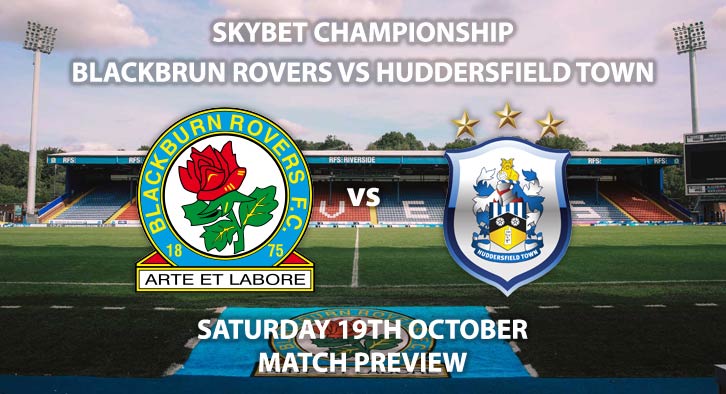 Blackburn Rovers return to Ewood Park as they host Huddersfield Town in the SkyBet Championship on Saturday lunchtime.

Rovers will be looking to return to winning ways following their 4-2 defeat against QPR prior to the International break, meanwhile their opponents Huddersfield Town will be hoping they can extend their impressive start to life under new Manager Danny Cowley. The Terriers have won their last two outings and picked up a total of seven points from a possible twelve since his arrival.

Tony Mowbray’s side currently sit 14th in the Championship but are without a win in their last three.

Bradley Dack has enjoyed a positive beginning to the season for Blackburn, registering five goals and two assists in eleven fixtures thus far. The 25-year old is already a third of the way towards last season’s total, where he netted fifteen times in forty-two Championship fixtures. Dack to open the scoring this weekend is priced at 9/2 on SkyBet.

The last time these two sides met was in the 2016/17 season, the season which Huddersfield Town secured Premier League football for the first time in their existence. In fact, the last time The Terriers suffered defeat to this weekends opponents was back in 2014, where they lost 4-2. Huddersfield are on a six-match unbeaten run against Blackburn and will be hoping they can extend that run come Saturday lunchtime.

Both of the previous two meetings between these sides he resulted in draws, and SkyBet are offering odds of another draw his weekend at 5/2.

The referee for this weekend’s clash is Darren Bond. Bond has appeared in six Championship affairs this season, accumulating twenty yellow cards in the process. This considered, I would recommend a minimum of 30+ booking points for this fixture.  Saturday will be the first time Bond has taken charge of a match with either of these two sides this season.

Despite the contrasting results last time round between these two sides, I’m expecting a tight encounter this weekend. Huddersfield look a completely new side following Danny Cowley’s arrival. They look more confident, organised and they’ve rediscovered how to win football matches following their wretched start to the season. Blackburn meanwhile will be desperate to get back on track with a win, especially on home soil.

This match will be shown live on Sky Sports Football, with kick-off scheduled to take place at 12:30 BST.