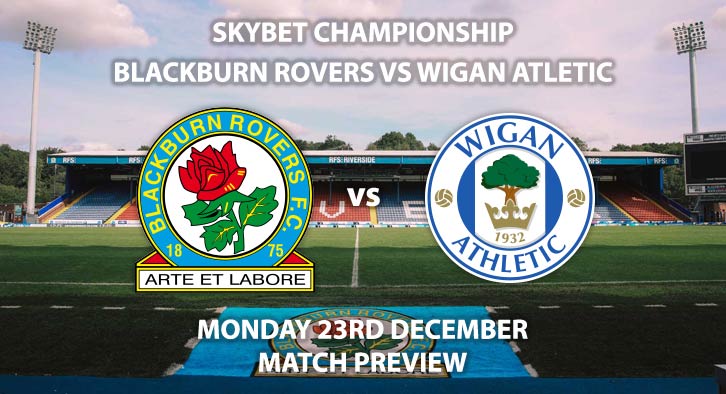 The hosts are in great form under Tony Mowbray with five wins from their last six league matches and the other a draw. They will be confident heading into this one. Meanwhile, Wigan are 23rd in the league and without a win in ten matches. They face tough opposition away from home.

Blackburn Rovers are priced at 3/4 to win the match by SkyBet and continue their rich vein of form. The Rovers are in promotion form as they have their eyes set on the top six play-off places. They are currently 9thin the league, one points off sixth. Their home form make for good reading and will only stand them in good stead for Monday night with 21 points claimed from eleven matches on home turf.

Going forward, Bradley Dack has been in fine form this term with nine goals and one assist to his name. He is priced at 15/8 to score anytime

Wigan are priced at 19/5 to win the match and get out of their current slump. The Latics are in dire need of a victory as relegation looms as we hit the halfway point in the season. Blackburn are probably the last team they want to travel to now, given their form – but, we know this league can be full of surprises.

Amazingly, centre-back Cheyenne Dunkley is their top goal scorer this season having netted five times. The defender is a powerhouse off a set-piece with his deadly aerial ability and is priced at 8/1 to score anytime.

The referee for this match will be Gavin Ward. The official has been one of the more lenient this season in England’s second division – with an average of 32.9 booking points from his 12 matches in charge.

– The hosts should have an easy evening against the struggling visitors for an early Christmas present.