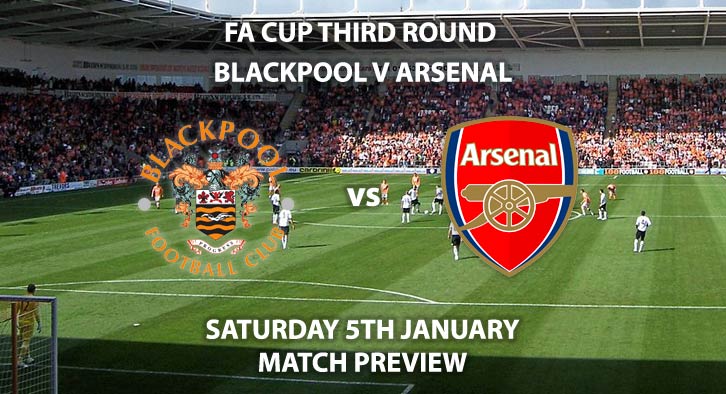 Blackpool vs Arsenal: Arsenal will be hoping to avoid an upset when they face League One outfit Blackpool in the third round of the FA Cup.

The Gunners bounced back from their 5-1 mauling by Liverpool with a 4-1 win over Fulham, on Tuesday. Goals from Alexandre Lacazette, Pierre-Emerick Aubameyang and the departing Aaron Ramsey made sure of all three points. Ramsey looks set to move to Juventus and will move to Turin for free in the summer. Allowing the Welshman to leave for free is a bold move from Unai Emery as he bids to reshape his squad. Ramsey has provided goals and big moments for this club and will be missed by many supporters.

Tuesday’s win marked another day without a clean sheet for Arsenal, taking their tally to six games without a shutout. Their need for defenders cannot be stressed enough, although securing world-class additions in the January window is never easy.

Blackpool sit 10th in League One, ten points off the top six, with a game in hand. Despite their relatively comfortable league standing, things are far from rosy on the seaside. Attendances are at an all-time low – Sunderland had more fans in Bloomfield Road on boxing day than Blackpool – due to the Oyster family. The supporters have protested against their long-standing owners for some time and now appear to be voting with their feet. However, it will be interesting to see how many of them return for the visit of a Premier League giant. Blackpool still boast some well-known EFL players. Liam Feeney, Nathan Delfouneso and Jay Spearing have all pitted their wits in the top flight.

Mike Dean is the referee for this fixture. The Englishman has officiated 13 top-flight matches this season. In that time, he has accumulated an average booking points total of 50.4. Therefore, I would advise a maximum of 60+ total points for this fixture. Arsenal are the most likely of any of the top six to lose in the third round, in my opinion.

However, Blackpool will be without a home crowd cheering them on, which could make a big difference. Therefore, I’m plumping for an away win.

Blackpool vs Arsenal will be televised live in the UK on BT Sport 2 with kick-off at 17:30 GMT.