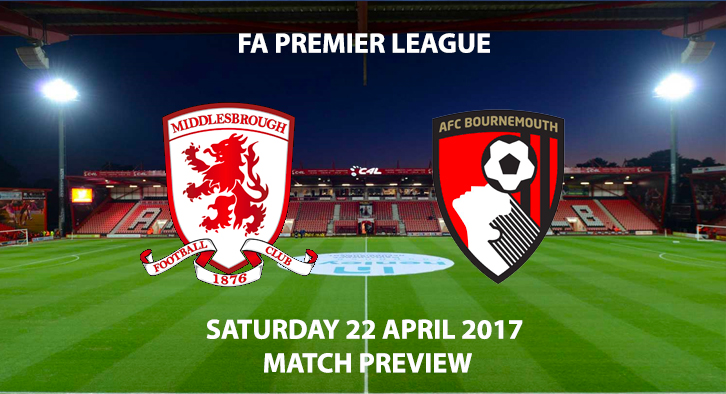 The Vitality Stadium hosts a huge relegation battle as Middlesbrough travel to Bournemouth with both teams looking to end their recent horrid form.

Relegation is a very serious prospect for Middlesbrough. They currently find themselves in the relegation zone in 19th, 6 points adrift from safety and Hull in 17th.
Removing manager Aitor Karanka and replacing him with coach Steve Agnew hasn’t provided the North-East side with the desired immediate reaction and they have not won in 15 league games.

Boro have only conceded 39 goals, less than teams such as Arsenal and Liverpool. However, the issue is unquestionably the side’s inability to score goals; they are the league’s lowest scorers this season having found the net just 23 times.

In fact, the two goals Boro scored against Hull in their last away match was more than in the previous 8 on their travels combined.
Only four players have netted more than once in the whole side and without top scorer Alvaro Negredo (who only has 8 himself) the team have only managed a dire 14 goals. A win is desperately needed against an out-of-form Bournemouth team to put pressure on Swansea and Hull and reclaim hope of escaping. 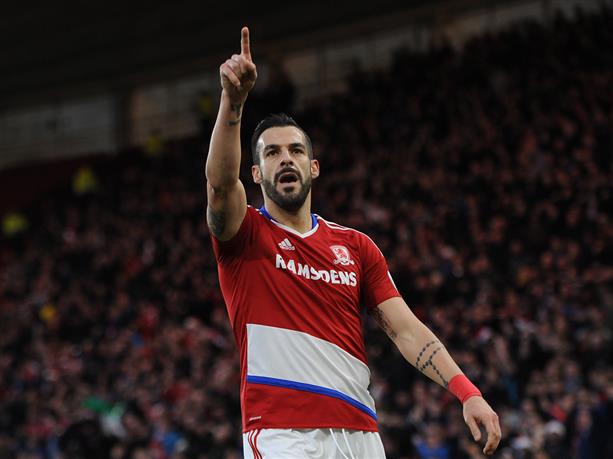 The Cherries will feel a victory will see them safe, they are one place above Hull in 16th but have a 7-point cushion from Swansea in the relegation zone. A win would take them to 38 points with just 4 games remaining.

The job of securing Premier League safety seemed likely to happen a lot sooner for Eddie Howe’s men, but an awful run that has seen them win just twice on 13 matches has plummeted the Southern side back towards the danger zone.

If scoring goals is Boro’s problem, its keeping them out that is Bournemouth’s. They have only kept a clean sheet in one of their last 8 home matches too (against Swansea), conceding more than 2 goals in each of the other 7 in the process.

Team News
Bournemouth’s biggest news is that on-loan Arsenal midfielder Jack Wilshere has been ruled out for the rest of the season after suffering a hairline fracture in his leg in the defeat against Spurs.
Callum Wilson, Andrew Surman, Rhoys Wiggins and goalkeeper Adam Federici all are recovering from knee injuries.
Midfielder Dan Gosling’s knee injury also means he is a doubt.

Key players Victor Valdes and Grant Leadbitter are definitely out for Middlesbrough while Rudy Gestede and Fabio are both doubts. Arsenal loanee Callum Chambers was ineligible to face his former side Monday and had sustained a foot injury but should be fit to play this time around.

Player to Watch
Despite the Cherries’ troubles, Joshua King has had a brilliant season; particularly since the turn of the year. The Norwegian international has 13 goals in the league this campaign with a huge 10 of them coming in 2017 – only the two top scorers in the entire league, Harry Kane and Romelu Lukaku, have more in that time. The 25-year-old has seen a position change to a more central striker role and is reaping the rewards, scoring against such teams as Chelsea, Liverpool, Manchester United and Everton in recent games. 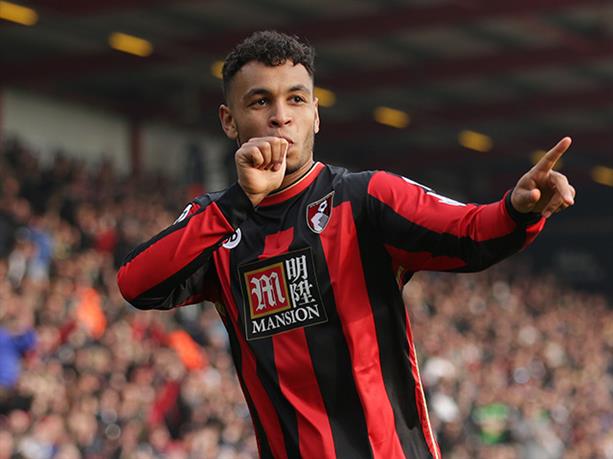 Joshua King has been in fine form in 2017

Bournemouth are one of only two possible sides Middlesbrough could do the double over this season – the other being Sunderland. This highlights the struggles Agnew’s men.

Boro will be up against it too, as they have never beaten The Cherries away from home in the league. Only one of Boro’s last 29 away Premier League games against anyone has resulted in a win, against Sunderland in August 2016.

Rudy Gestede is currently on a massive 43 match run without a win in the Premier League. In fact, his only victory in the division came against Bournemouth for Villa – also in August 2016, where he scored the winner.