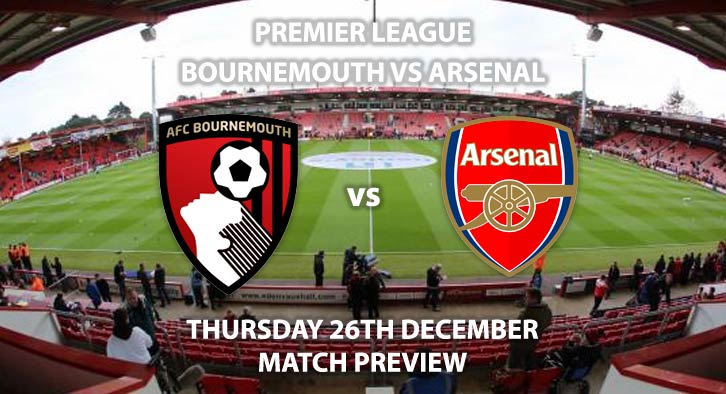 Bournemouth return to the Vitality for the second time in a week when they welcome Arsenal in the Premier League for some Boxing Day action.

Thursday’s game will start a new era for the Gunners, following Mikel Arteta’s appointment as manager. Arteta succeeded fellow Spaniard Unai Emery who was sacked in November following a poor run of form.

New boss Arteta will be hoping to become the man to fill the managerial void left by Arsene Wenger, who left the club in 2018 after a 22-year stint.

Bournemouth will be keen to bounce back from their disappointing defeat to Burnley in their last Premier League encounter. Inconsistency has been Eddie Howe’s sides Achilles heel this season. Before last weekend’s defeat, Bournemouth beat Chelsea at Stamford Bridge, a win which was expected to begin an upturn in form on the south-coast.

Arsenal too have suffered inconsistencies of their own this season, and Mikel Arteta’s primary objective will be to get the Gunners as high up the table as possible. Freddie Ljungberg’s final match in interim charge was a dull 0-0 draw to Everton.

The last time these two sides met Arsenal ran out 1-0 winners at the Emirates thanks to David Luiz’s 9th minute header. In fact, in the nine meetings between these two sides in their club’s history, Arsenal have won seven, and drawn once. Bournemouth’s only win in this fixture came in January 2018 where they won 2-1 at the Vitality. Eddie Howe’s side will be hoping or a similar outcome on Thursday.

The referee for this encounter is John Moss. The 49-year old has taken charge of 12 Premier League matches this season, accumulating a total of forty-five yellow cards. This considered, I would recommend a minimum of 30+ boking points for this fixture. Moss took charge of Arsenal’s 3-2 win over Aston Villa in September where he awarded eleven yellow cards. Moss is yet to oversee a match involving Bournemouth in the Premier League so far this campaign.

This match will be shown live on Amazon Prime Video, with kick-off scheduled to take place at 15:00 GMT on Boxing Day.