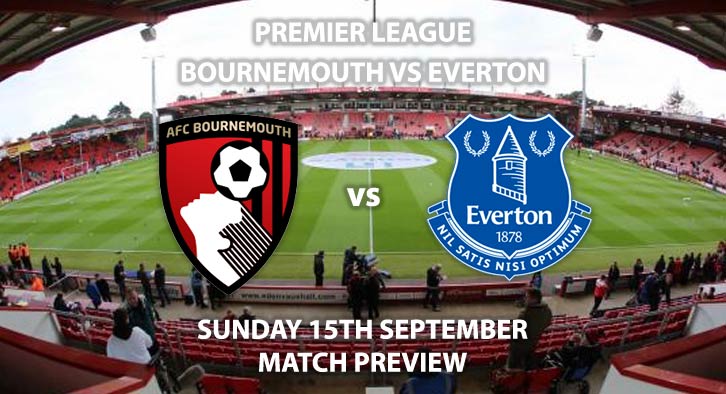 Bournemouth return to Premier League action as they face Everton at the Vitality Stadium on Sunday afternoon.

The Cherries come into this fixture following back to back defeats prior to the international break. Eddie Howe’s side currently sit 15th in the league, winning only one of their opening four fixtures, which was the 2-1 away win at Aston Villa. The visitors meanwhile come to the south coast in a much more positive vein of form. Marco Silva’s Everton side entered the International break with a win, an impressive one at that, the 3-2 triumph over Wolverhampton Wanderers.

Despite Bournemouth’s inconsistencies, there has been one constant, which has been their ability to find the back of the net. The Cherries have netted in each of their four fixtures this season, and I don’t see that changing this Sunday. Bournemouth to score 2+ goals is priced at 11/8 on SkyBet.

Everton on the other hand began the season scoring only once in their opening three league fixtures.  However, the Toffee’s have netted seven in their last two matches, with summer Brazilian Richarlison grabbing three of the seven. Richarlison to score and Everton to win is priced at 16/5 on SkyBet. In addition, Richarlison’s last two goals have been scored with his head, and SkyBet are offering odds of 12/1 for the Brazilian to make it a hat-trick of headed goals this weekend.

Paul Tierney is the man in the middle for Sunday’s fixture. The 38-year old has appeared twice in the Premier League this season and has awarded nine yellow cards and zero red cards. Off that, I would recommend a maximum of 50+ booking points.

Both sides will be relishing their return to Premier League action following the International break. Bournemouth will be desperate to return to winning ways after failing to do so in their last two, whereas Everton will be anxious to build on their strong start to the campaign. I am predicting an away win but wouldn’t be surprised if we see a scored draw. I feel that BTTS is a safe call for this one, considering the recent goalscoring form of these two sides.

Bournemouth vs Everton will be televised live in the UK on Sky Sports Premier League with kick off at 14:00 BST.