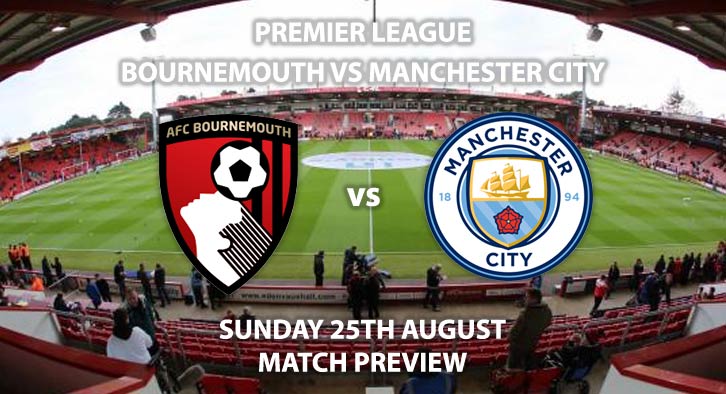 Champions Manchester City will be hoping to get back to winning ways this weekend when they face Bournemouth on the South Coast.

Raheem Sterling has continued his superb form in front of goal from last season with four goals in his opening two matches. The Englishman has become one of the most deadly forward in the league. Kevin de Bruyne’s return to form and fitness is also an extra boost, highlighted by his deadly deliveries that set up both of City’s goals against Spurs.

Bournemouth have collected four points from their opening two fixtures. After drawing with Sheffield United on the opening day of the season, they went to Villa Park and beat Aston Villa 2-1. Harry Wilson grabbed his first goal for the Cherries after arriving on a season-long loan from Liverpool.

Bournemouth’s expansive style means they will always concede goals under Eddie Howe. However, at the top end of the pitch, they will always cause the opposition problems with Callum Wilson and Josh King in attack. The duo have already frightened Premier League defences early on and will prove a handful for City’s defence on Sunday.

Andre Marriner is the referee for this match. The Englishman racked up an average booking points total of 30.6, across 40 Premier League matches last season. With that in mind, I would recommend a maximum of 50+ booking points for this fixture.

Manchester City thrive for perfection and Pep Guardiola will be frustrated to have dropped points against Tottenham after playing so well. As a result, Bournemouth could feel the backlash.

Bournemouth vs Manchester City will be televised live in the UK on Sky Sports Premier League HD with kick off at 14:00 BST.