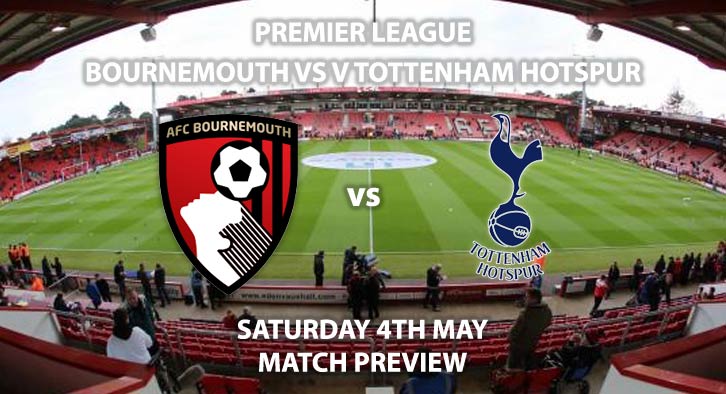 Bournemouth vs Tottenham Hotspur: Tottenham take a trip to the South Coast bidding to secure their place in the Champions League next season.

After back-to-back defeats in the league, Spurs have put their Champions League hopes at risk. Saturday’s disappointing defeat to West Ham was rescued by Arsenal, Chelsea and Manchester United dropping points for a second consecutive week. With two games remaining, Mauricio Pochettino’s men have a four-point lead over Arsenal in fifth. That means a win over Eddie Howe’s side will confirm their place amongst Europe’s elite next campaign.

On the road, things have been tough for Tottenham as they’ve lost their last five in the league. Their last win away from home in the Premier League came back on January 20, a staggering run for a team competing at the top of the table. It’s eight defeats in nine in all competition too. Heung-Min Son’s absence saw them fall to another defeat in midweek as they lost 1-0 to Ajax in the first leg of their UEFA Champions League semi-final. With the return leg scheduled for Wednesday night, it will be interesting to see how much of a priority this clash is for Pochettino.

Bournemouth’s campaign has ended with a bit of a stutter following two wins in 11 games. Injuries have hampered Howe’s side in the second half of the campaign. They sit 14th in the table but 11 points from danger. Had they not had such a strong first half of the campaign, it would have been interesting to see if the Cherries would have been dragged into the mire. Callum Wilson has found some good form at the back end of the season after scoring six goals in his last ten games. Two of those came last week as they twice battled from behind to draw 3-3 with Southampton.

Craig Pawson is the referee for this fixture. The Englishman has officiated 37 top-flight matches this season. In that time, he has accumulated an average booking points total of 42.4. Therefore, I would advise a maximum of 50+ total points for this fixture.

Bournemouth have struggled at the Vitality Stadium recently but Tottenham’s away form is also poor. I think Spurs may have one mind on their Champions League semi-final but I’ll still back them to edge this contest.

Bournemouth vs Tottenham Hotspur will be televised live on Sky Sports Premier League in the UK with kick off at 12:30 BST.