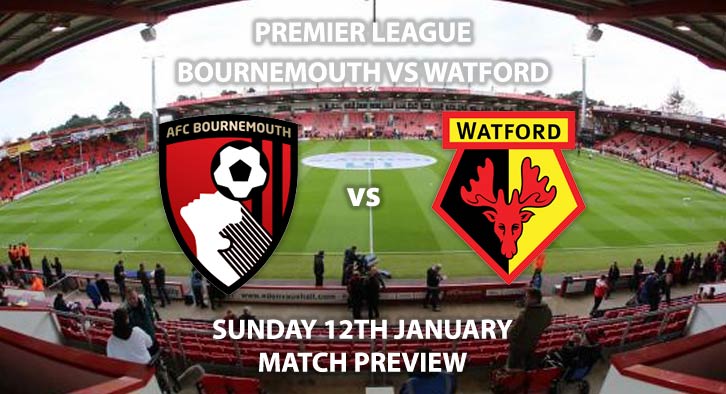 Bournemouth return to the Vitality Stadium on Sunday afternoon as they welcome Watford in the Premier League.

This fixture is being dubbed the classic ‘relegation six-pointer’ as both sides will be hoping to put breathing space between themselves and the Premier League relegation zone. Bournemouth are 18th, while Watford currently sit 19th.

Bournemouth will be eager to kick on from their 4-0 FA Cup win over Luton Town. Watford on the other hand were stunned at Vicarage Road, as they squandered a 3-0 lead to League one side Tranmere Rovers to draw 3-3.

Eddie Howe’s side have won only two of their last eleven Premier League encounters, form which has seen them slump towards the drop zone. Bournemouth have lost their last two Premier League games and are without a win in their last five. The Cherries form has become a cause for concern and has them nervously looking over their shoulder.

Watford on the other hand have been reinvigorated following Nigel Pearson’s introduction as manager. Pearson has seen his side win three of their last four Premier League matches, and they are yet to lose in the league under Pearson’s guidance.

It’s been quite the turnaround at Vicarage Road considering it took the Hornet’s eleven matches to register their first Premier League win. Nigel Pearson is threatening to complete yet another great escape, following his magic to keep Leicester in the Premier League in the 2014/15 season.

Nine of the last twelve fixtures between these wo sides have resulted in draws, and SkyBet are offering odds of 12/5 for another draw on Sunday afternoon.

The referee for this fixture is Mike Dean. The 51-year old has taken charge of sixteen matches in the league this season, accumulating a total of seventy-five yellow cards and two red cards. This considered, I would recommend a minimum of 30+ booking points.

Incidentally, Dean took charge of the reverse fixture at Vicarage Road. Both sides played out a 0-0 draw, with eight yellow cards awarded.

Bournemouth vs Watford will be televised live in the UK on Sky Sports Football with kick off at 14:00 GMT.