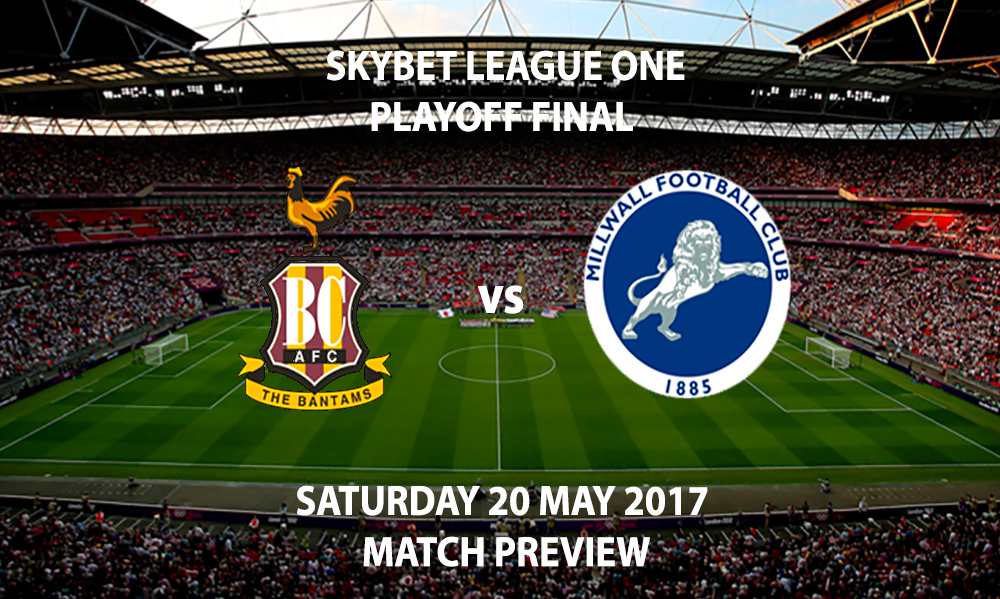 The Sky Bet League One season comes to a climax as Bradford City and Millwall battle for promotion to The Championship in the play-off final.

Bradford return to Wembley just four years after besting Northampton in the League Two play-off final and are seeking for their first stint in the second tier of English football since 2004.

Bradford are looking for a perfect hattrick at Wembley; also emerging victorious in the above mentioned match against Northampton and also in 1996 against Notts County.

This season has been a strong one for The Bantams; finishing in 5th place just 3 points away from beaten semi-finalists Scunthorpe in 3rd.
Stuart McCall’s men finished with a total of just 7 losses in the league this season – the second lowest total after dominant champions, Sheffield United in the division.

The lions’ season was a bit more difficult; sneaking in to the play-offs with a dramatic final day 4-3 victory over Bristol Rovers – scoring the winner in the 85th minute just to add to the theatre.

However, the resilience and determination shown in the 3-2 semi-final victory at Scunthorpe illustrates that Millwall are by no means here to make up the numbers, they are desperate to get back into the Championship two seasons after relegation.

A fifth Wembley appearance in 8 seasons will give manager Neil Harris’ men the belief in their experience to get the job done.

Both league matches this season between the two teams finished 1-1 – leaving the hypothetical winner as a difficult call to make. 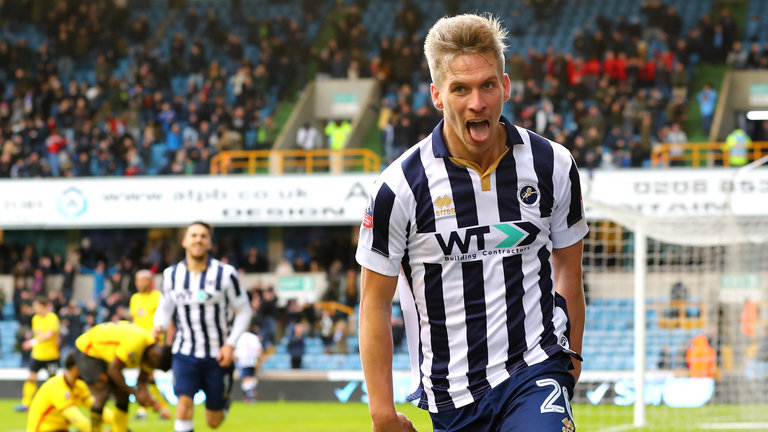 Steve Morrison has scored 18 goals in all competitions this season Photo Credit: skysports.com

Players to Watch
Millwall icon Steve Morrison has had a brilliant season – his tally of 18 goals in all competitions has aided The Lions’ promotion push to no end. Additionally, the striker has been pivotal in Millwall’s astounding FA Cup run; scoring against two Premier League sides Bournemouth and the winner against Watford. Another performance here like the brace notched in the dramatic comeback victory in the semi-final against Scunthorpe and The Lions could well be roaring at Wembley. 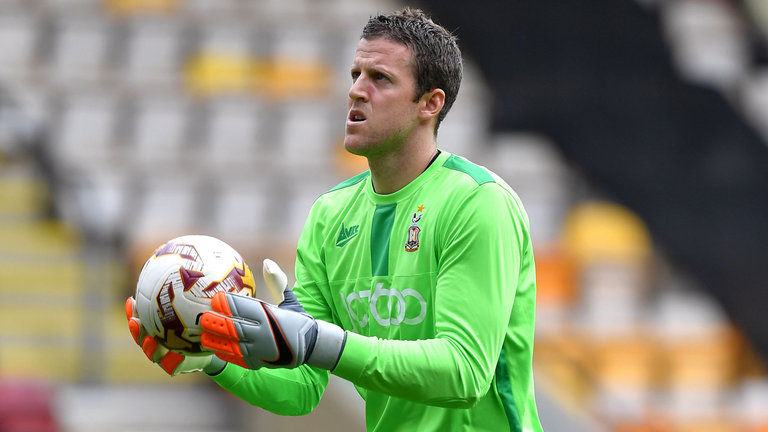 Bradford partially owe their excellent season to goalkeeper Colin Doyle; the stopper, standing at an imposing 6ft5, has played every single minute of the campaign to date. He has also kept the joint second highest clean sheets, 17, after team-of-the-year feature Connor Ripley who has just one more. Doyle also boasts an impressive save percentage of 37%, and will may need to be in similar form to keep out Millwall’s potent threat of Morrison and Lee Gregory.

Team News
Bradford have no new injury concerns, and also see Alex Jones come back into contention after returning to training at the start of the week.

Millwall are also fortuitous in that there are no new problems. Shaun Cummings is still ruled out with a hamstring injury but Shaun Hutchinson – who played with a cracked rib against Scunthorpe – is expected to keep his place in defence.