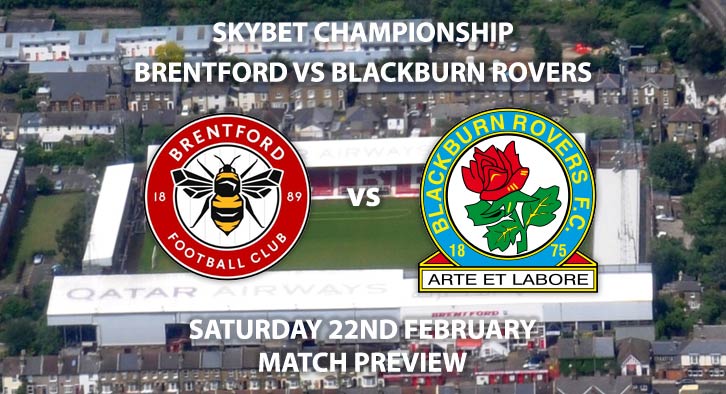 The Bees are flying high in the second division this season and have their eyes set on pipping automatic promotion. They are unbeaten in four matches. Meanwhile, Rovers are also performing well in the Championship and are currently eighth in the table, three points from the play-off places.

Brentford are favourites for this match and are priced at 8/13 by SkyBet to claim a home victory. The hosts are in good form but haven’t managed to make their home ground a fortress with just one win in four at Griffin Park. They are fluid in attack and have great creativity through Said Benrahma and a clinical edge in Ollie Watkins.

It is the latter who is fighting for the league’s top scorer accolade with 20 goals to his name. Watkins is priced at 23/20 to score anytime and is in red hot form in front of goal.

Blackburn are priced at 19/4 to win the match and provide a shock to the system for Thomas Frank’s in-form side. The visitors are finding their feet at the right time of the season and have lost just once in their last seven matches. Four of those have been victories. On the road, however, they have struggled defensively and conceded 24 goals from 16 away matches.

Going forward, Adam Armstrong has been one to watch with nine goals and six assists this term. He is priced at 3/1 to score anytime.

The referee for this match will be Tim Robinson. The official has been one of the more lenient in the second division this season and has an average of 32.9 booking points from his 19 Championship matches in charge.

– The hosts are in fine form and will be determined to chase down Leeds United in second place.