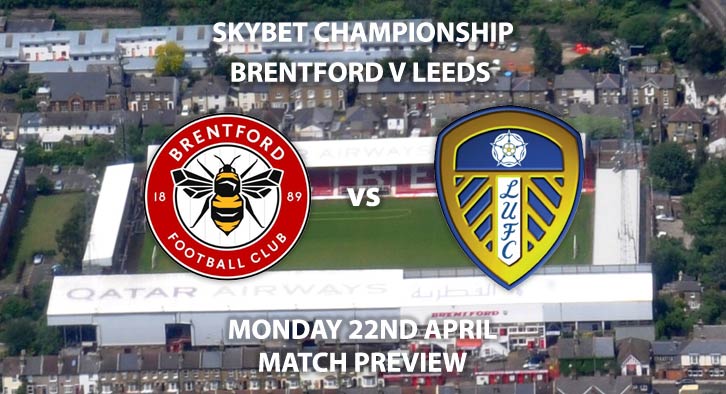 The hosts have very little to play for as they sit comfortably in midtable in 15th position. Meanwhile, Leeds have it all to play for as they are still chasing an automatic promotion spot. They are current third and on the same points as Sheffield United who have better goal difference in second.

Brentford are priced at 11/4 to win by SkyBet, despite having home advantage. The Bees previous showing saw them draw with relegation battlers Millwall. The draw was made more impressive by the fact that their defender Henrik Dalsgaard got a red card in the 35thminute. Going forward they can be a threat and no one more than French striker Neal Maupay. The attacker has a whopping 23 goals this season and is 13/8 to score anytime.

Their reverse fixture with Marcelo Bielsa’s side earlier in the season saw them manage a 1-1 draw also. They are priced at 6/1 to repeat the scoreline.

Leeds United are priced at 1/1 to win the match. Bielsa’s side must redeem themselves after their embarrassing 2-1 loss to a 10-men Wigan side. Their previous outing gave them a golden chance to leapfrog Sheffield United for an automatic spot, but they failed. Striker Patrick Bamford has been impressive as of late and currently has nine goals for the season – with 3 from his last 3 matches. He is priced at 4/1 to open the scoring.

The referee for this match will be James Linington. The official is tagged for his no-nonsense style and has averaged 39.3 booking points this season. The last time these two met, there were fireworks and over 85 booking points were brandished. SkyBet are offering 2/1 for 60+ booking points.

Brentford vs Leeds United will be televised live in the UK on Sky Sports Football with kick off at 17:!5 BST.

– The away side have a lot more at stake and also have the better quality players. Should be routine.