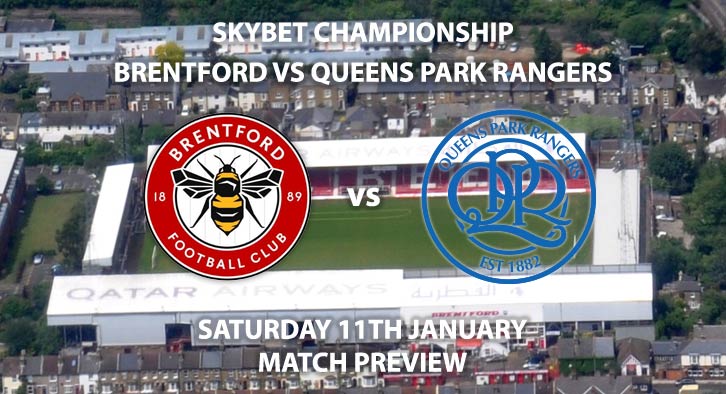 Brentford return to Championship action on Saturday as they welcome QPR to Griffin Park.

Both sides will be keen to carry on their winning ways after securing places in the fourth round of the FA Cup last weekend. Brentford were 1-0 winners over Stoke, meanwhile QPR gave fellow Championship side Swansea a 5-1 thumping at Loftus Road.

Thomas Frank’s Brentford side currently occupy third position in the Championship and trail the automatic places by a substantial nine points with Leeds and West Brom leading the way. The Bee’s have lost one in their last seven matches in all competitions, form which has seen them climb to the summit of the play-off places.

QPR meanwhile have been plagued by inconsistency this season, which sees them currently fifteenth in the league. Mark Warbuton’s side have lost three of their last five league encounters, and in the defeats have shipped eight goals.

There’s added importance ahead of this fixture for Warbuton as he travels to the club where he established himself as a manager, and spent two successful years before moving on to pastures new.

Despite QPR’s varying form, they have demonstrated they are no strangers to finding the back of the net and have scored eleven goals in their last two outings.

These sides last met at the end of October where Brentford ran out comfortable 3-1 winners at Loftus Road. In fact, the Bee’s have lost only once in the last eight meetings between the two sides. QPR’s last win in this fixture came in November 2018, and you’ll have to date back to April 2003 to find their last victory at Griffin Park.

The referee for this clash is John Brooks. The 30-year old has taken charge of fifteen Championship matches this season, accumulating a total of forty0-six yellow cards. This considered, I would recommend a minimum of 20+ booking points for this fixture.

Brentford vs QPR will be televised live in the UK on Sky Sports Football with kick-off at 12:30PM GMT.

Markets Last Updated on Saturday 11th January at 10:23 AM.