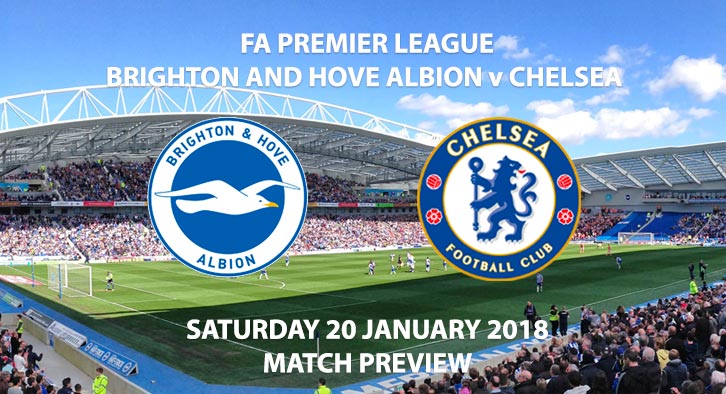 Saturday’s early kick off sees Brighton vs Chelsea from the Amex Stadium. Without a win in four games in the Premier League, can the Seagulls gain a much needed win?

After a bright start to the season, the Seagulls have struggled of late, registering just one victory from their last 12 league games. With just six points separating 18th and 10th place, the race to avoid the drop is tighter than ever. Brighton sit in 16th place, just three points above Stoke who occupy the final relegation spot. 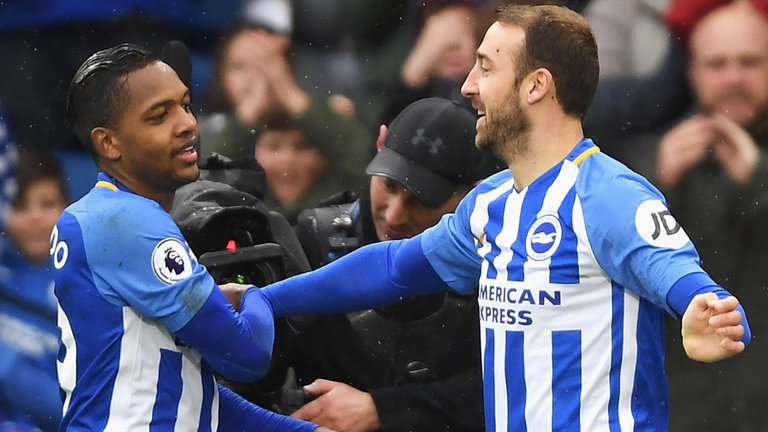 Izquierdo has been in good form for the Seagulls so far this season Photo Credit: skysports.com

Goals have been the issue for Chris Hughton’s side, with Brighton managing just 17 goals from their 23 games, the second lowest in the division. Defensively they’ve been sound conceding just 29 goals, the eighth best in the league. With the defence sorted, it’s imperative Hughton signs a goal-scorer this window if he wants to cement Brighton’s second consecutive season in the top flight. Glenn Murray has done well but with only six league goals, he needs help to secure their status in the top flight.

Chelsea’s 0-0 draw with Leicester last weekend meant the club had drawn three consecutive blanks for the first time in the club’s history. Two cup draws followed by their stalemate at Stamford Bridge means the Blues are without a win in four games. Now down to fourth, Chelsea need to rekindle their attacking fire if they’re to ensure a top-four finish this season. They sit level on points with Liverpool and three points behind second-placed Manchester United. However, with Tottenham breathing down their necks, three points behind them, it’s important that Conte gets his side firing again. 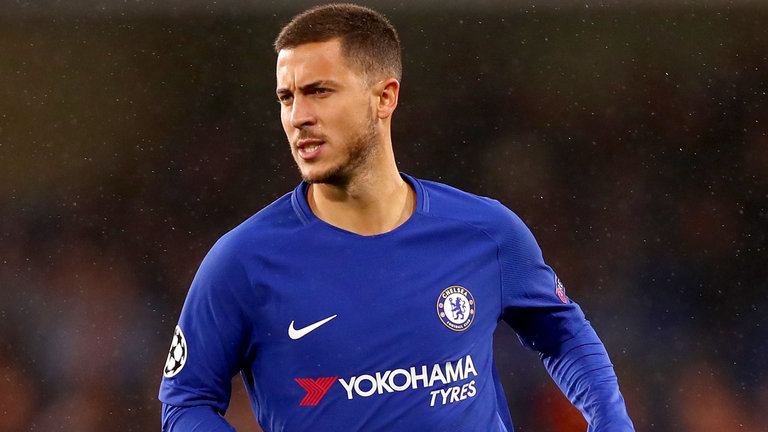 Hazard has not been the same in the last few games, underperforming for Chelsea Photo Credit: skysports.com

Alvaro Morata has now gone five games without a goal. With just two strikes in his last ten games, the Spaniard is going through a lean spell in front of goal. A red card in the FA Cup replay against Norwich showed his frustration in front of goal. Conte clearly doesn’t trust Michy Batshuayi having opted to play Eden Hazard as a false nine instead of his Belgian teammate, the club may look to bolster their options in January. My guess is they may wait until the summer, but it’s clear that Morata needs some help and if Conte isn’t confident with Batshuayi then they need to sign a replacement.

Chelsea have never lost a league game against Brighton. They beat the Seagulls 2-0 in the reverse fixture in December, which is the two clubs only meeting in the Premier League era. One ray of hope for Brighton is Chelsea haven’t won an away game since their 3-1 victory against Huddersfield on December the 12th. Whilst they haven’t lost any of those games either, Brighton’s strong home form could offer them some confidence.

John Moss will referee Saturday’s lunchtime fixture. Moss has the third highest average booking points total this season with 39.4 points per game. Despite only showing one red card in his 16 matches this season, he has averaged 3.6 yellow cards a game.

With Chelsea not at their best recently, I think we could see a surprise result on Saturday. Brighton have been playing well without picking up the results and I think they could grab a point in front of their home crowd.

CHELSEA TO SCORE A PENALTY 5/1